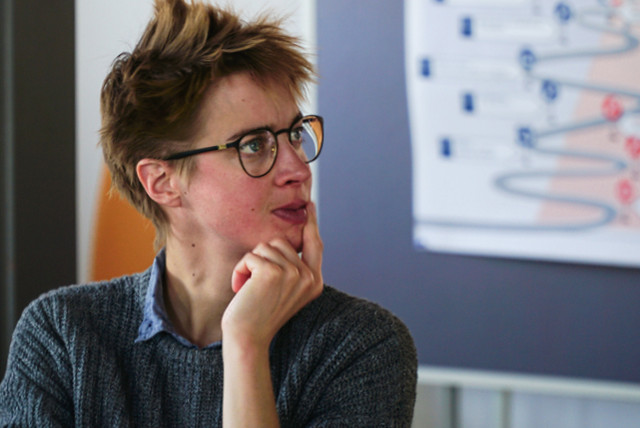 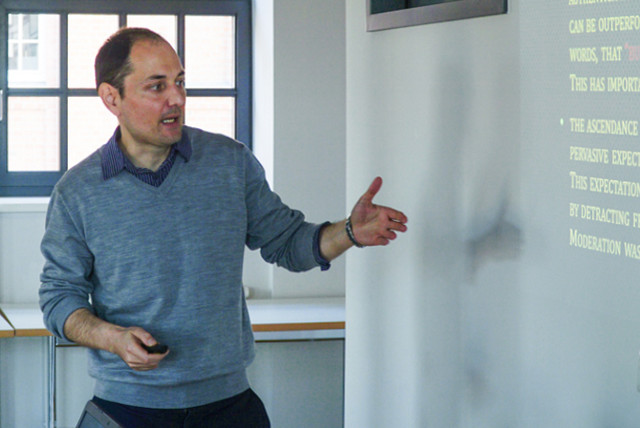 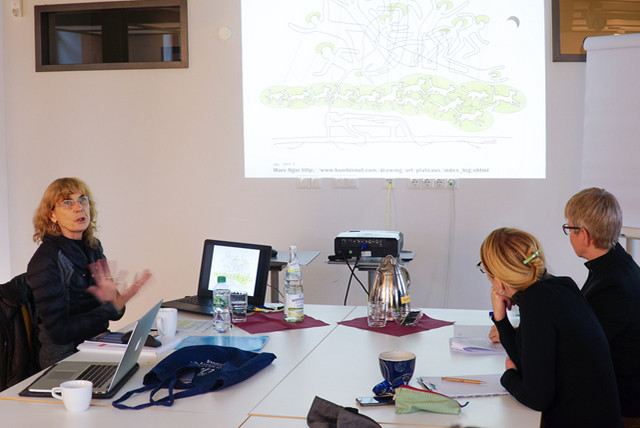 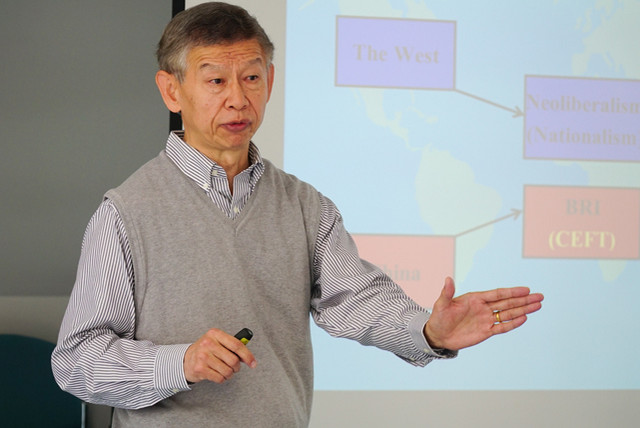 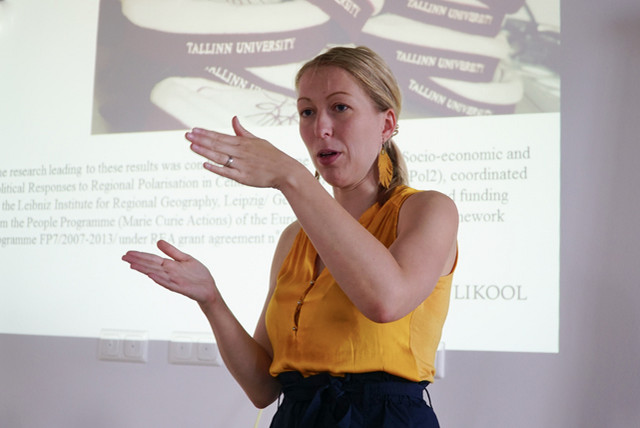 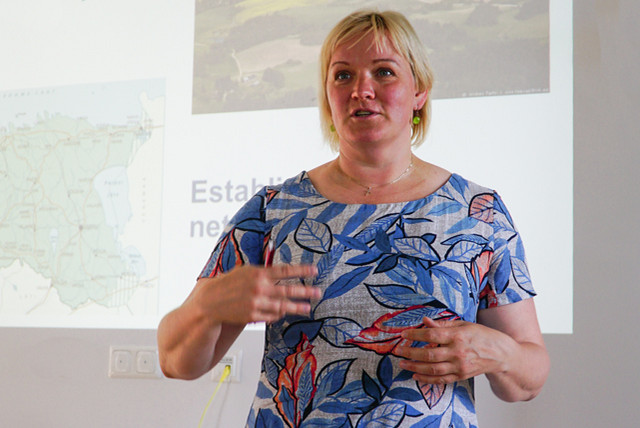 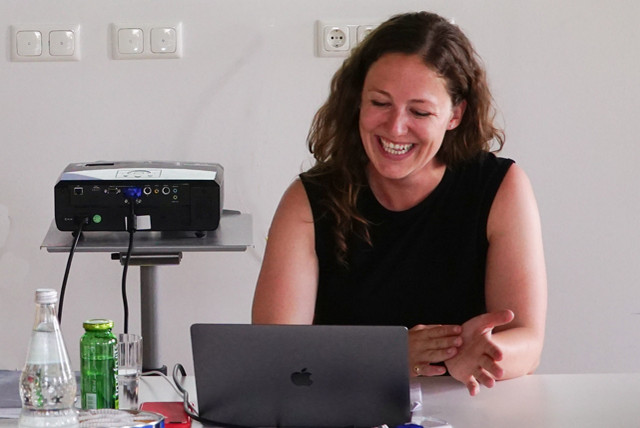 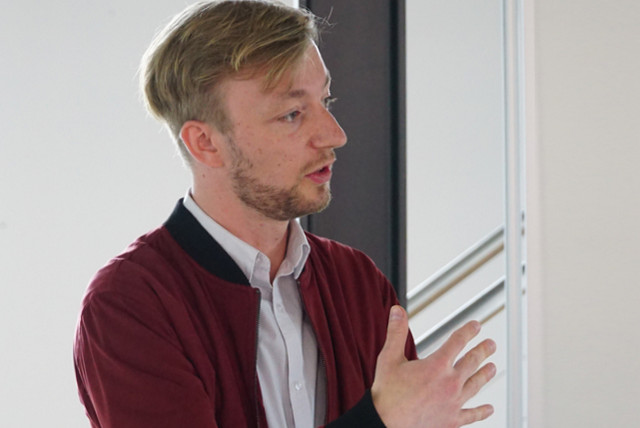 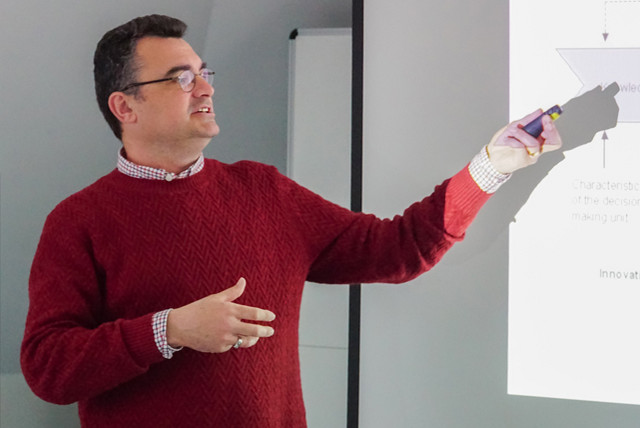 Evolving southern European housing regimes: some insights in the Italian context by looking at the Milan's case
IRS Seminar with Alessandro Coppola | Assistant Professor in Urban Planning at the Department of Architecture and Urban Studies at Politecnico di Milano

Italy has been long-time considered the poster child of the southern-European housing regimes, featuring high homeownership rates, relevant housing informality practices, the centrality of families and the residualisation of public housing. 20-year-long stagnation and austerity have not changed these fundamental features, as the state increasingly strengthened its nature as a real-estate state both as a privatizater and developer of its own assets and as an enabler of individual property through mortgage deductions, de-taxation of all primary residences, lower taxes on inter-generational transfers and massive fiscal credits for the retrofitting of both primary and secondary homes. mehr Info

Urban Branding Strategies and Spatial Reconfigurations in the 21st Century Berlin: From the Creative to the Connected City
IRS Seminar with Dr. Claudia Seldin | Associate Researcher at the Center for Metropolitan Studies of the Technische Universität Berlin

In August of 2020, at the height of the COVID-19 pandemic and following its first strict lockdown, the city of Berlin unveiled its new marketing campaign under the motto “Wir sind ein Berlin” (we are one Berlin). This motto, centered on collaboration and unity, came as a replacement to the former “be berlin” slogan, introduced in 2007 as part of a large set of policies to position Berlin globally as a strong ‘creative city’. mehr Info

Opportunities and Challenges of Internationalisation: a Critical Geographical Perspective on the Nature and Outcomes of Academic Events
IRS Seminar with Heike Jöns | Loughborough University

Academic events have been characterised as important meeting spaces for the communication of new knowledge and for networking practices within and across different epistemic communities. This lecture examines the wider question how the global geographies of international academic events have not only reflected but also impacted on changing international knowledge networks in different world regions and been inextricably linked to global geopolitics. mehr Info

Between 1948 and 1967, Jerusalem was divided by a “city line”, dividing Jordan (East Jerusalem) from Israel (West Jerusalem). Between the two sections stood one border crossing called “Mandelbaum Gate”. While existing literature on the Gate tends to emphasize its military status – owing in particular to the military convoy that crossed the border on a regular basis – research using sources from that time paints a picture of a border with civilian activity run jointly by two ostensibly warring countries. mehr Info

The Covid-19 pandemic reorganized the lives of the inhabitants of European societies in many ways, leading, among other things, to the closure and introduction of restrictions on the internal borders of the European Union, thus altering one of its key dimensions, freedom of movement. mehr Info

In early 20th century, small towns became an important theme in Czech society. This culminated in the interwar doctrine, movement, and socio-spatial ideology of regionalism. More than just central places for rural surrounding or disseminators of metropolitan culture, small towns were progressively imagined as key agents in socio-cultural rebalancing of Czechoslovakia and counterweighting of centralism and cultural dominance of Prague, and as places, where production of original and high-quality cultural forms and ideas were possible and desirable. mehr Info

The settlement of African migrants in Tel Aviv's southern neighborhoods has elicited much resentment from long-term (Jewish) residents. Infuriated by so-called uneven urban burden-sharing, which worsened already poor living conditions in their neighborhoods, residents took to the streets against local and national policymakers as well as migrants themselves. The result has been a whole decade of tense relations between long-timers and new-comers. mehr Info

In both urban geography and urban history, scholars have convincingly demonstrated how the modernisation of European cities relied upon the construction of intricate infrastructural networks and the extraction and urbanisation of natural resources. Few studies, however, have so far connected this development to the rise of welfare states and societies in the 20th century Western Europe. Focusing on Copenhagen, this paper addresses the links between urban water, materiality and welfare citizenship in 20th century Denmark. mehr Info

Exploring Foucault's concepts of milieu and environnementalité as a basis for liberatory environmental politics and practices of managed nonmanagement in Australia
IRS Seminar with Jean Hillier, RMIT University, Melbourne, Australia

Jean Hillier will explore the Foucauldian concepts of milieu and environnementalité which recognise interdependent entanglements of the human and non-human in regimes of ecological assemblages. Beings, such as humans, dogs, cats, foxes, rabbits, in Australia constitute themselves through the differential between exterior flows or milieus connecting them to other beings and assemblages and flows or milieus interior to their self. mehr Info

China’s Reconnection to Europe via the BRI: The China-Europe Freight Train and Its Impact on China’s Interior and Border Cities
IRS Seminar with Xiangming Chen, Trinity College, Hartford, Connecticut

The Belt and Road Initiative (BRI) since 2013 has forged a new spatio-economic connection between China and Europe through the older transport technology of freight trains. Since 2011 when the first China-Europe freight train reached Duisburg in Germany from the megacity of Chongqing in southwestern China, the number of trains and routes have multiplied into diverse and frequent services carrying containerized goods between a large number of regionally varied Chinese cities and major European urban centers. mehr Info

All over Europe rural areas are often affected by out-migration, peripheralisation and a growing backlog in (digital) infrastructure and innovation dynamics. At the same time there are examples of villages in which innovative initiatives develop new, situation- and problem-specific local solutions. The workshop opens the debate on current developments in Estonian and German rural areas, discussing both challenges and innovative opportunities. mehr Info

While physical social spaces are vessels of interactions which are perplexingly multi-layered – ranging from physical and biochemical to symbolic – perhaps the most distilled condensation of the purely symbolic layer of the social realm can be found in the Cyberspace. There, the only social dynamic which can be actually observed appears as traces of symbol mediated communication. mehr Info

“A closet in the cloud”: Exploring the rise of fashion sharing platforms
IRS Seminar with Dr. Taylor Brydges, Stockholm University

The platform economy has disrupted a number of established industries, from automotive to accommodation. A variety of terms are used to refer to the platform economy, including the sharing economy, the collaborative economy, the on-demand economy, and the gig economy. In our research, we prefer the term platform economy because most transactions within this digital realm are far removed from an idealized vision of peer-to-peer sharing, represented by services such as Wikipedia or Napster. There are a variety of types of platforms, including platforms that transform the delivery of traditional services (such as Airbnb and Uber), platforms that act as financial intermediaries (such as Kickstarter and Indiegogo), platforms that mediate work (such as TaskRabbit and Amazon Mechanical Turk), and platforms that serve as virtual retail marketplaces (such as Amazon and Etsy). mehr Info

The interdisciplinary and transregional approaches are considered desirable for numerous grant proposals in social sciences and humanities. Yet they pose not only inspiration, but a challenge, due to various ethical and language issues (multilingual team with English as working language, translation of the terminology, different local languages in the focus areas). mehr Info

For the last three decades cities on both sides of the Atlantic have been subject to changes induced by new waves of immigrants. And there is a growing number of voices arguing that the swelling number of immigrants along with the ageing and shrinkage of the host (white) populations inevitably lead to what could be coined as a “transition to diversity” or a “third demographic transition”. Large cities, usual ports of entry for immigrants, have been at the forefront of transition to diversity from the onset. Regarding the residential domain, the main trends have been the increase in the ethnic diversity of neighborhoods and the, parallel decline in the number of homogenous, host (white) dominated tracts; also the levels of segregation between the hosts and immigrant groups seem to be declining. mehr Info

Trial and Error. Using social sequence analysis to understand the reception of stylistic erraticism in the early phases of creative journeys.
IRS Seminar with Dr. Giovanni Formilan, University of Warwick

In this paper, I use social sequence analysis to explore patterns of stylistic erraticism and stability in the early-career production of underground electronic music artists. Extant research has paid primary attention to erratic and deviant choices made by established producers who already have a distinctive signature in their respective fields. While stylistic changes and erratic choices have sustained superior performance under certain circumstances, stylistic stability has ben generally identified as beneficial to producers in their creative journeys. However, stylistic experimentation – and therefore erratic behavior – is frequent at the very beginning of one’s career, when a distinctive signature is still to emerge. mehr Info

Although decision-makers involved in urban development have started to recognize the severity of the impact of urban built environment on climate, a sufficient level of action has yet to be achieved particularly at the local level in many countries. Turkey, as a developing country, went into action by publication of the national level plans (i.e. Turkish National Climate Change Action Plan (NCCAP) and Turkish Climate Change Adaptation Plan (TCCAP)) that introduce sets of strategies both for mitigation and adaptation to climate change. mehr Info

Translating the Practice of Coworking from Urban to Rural Areas. The Case of Cowocat Rural, the Catalan Association of Rural Coworking Spaces
IRS Seminar with Ignasi Capdevila | PSB Paris School of Business

The practice of coworking is based on the collaboration and knowledge sharing among independent professionals creating collaborative communities, within an open work space. Coworking spaces differ from other shared work spaces (such as business incubators or shared offices) mainly because they have a vision behind, based on the construction of a spirit of community and the collaboration between the members. mehr Info

Inner Cities and the Crisis of Urban Governance: Britain and Beyond
IRS Seminar with Aaron Andrews | Leeds Beckett University

The “inner city” is both a transnational spatial construct—appearing first in urban discourses in the United States in the 1960s before entering the policy lexicon of Britain and Western Europe in the 1970s – and a real place, with nationally- and locally-specific histories. In these various national contexts, the inner city has been linked with a crisis of urban governance. mehr Info

Using the Berlin case, I discuss how civil society actors have engaged in bordering processes in the aftermath of the 2015 arrivals. To do so, I combine critical border, migration and urban studies and move beyond state-centric approaches, which conceptualize “borders” as fixed territorial lines. Adopting a Foucauldian lens, I focus on bordering practices, understanding them as a dispositif, which operate and are reproduced at multiscalar levels by various state and non-state actors. mehr Info

On the conditions of possibility for worker organizing in platform-based gig economies: Towards a more granular research approach
IRS Seminar with Niels van Doorn | University of Amsterdam

This presentation starts with a reflection on an issue that first emerged as I was looking for Amsterdam-based platform/gig workers who would be willing and able to participate in the first Reshaping Work conference I co-organized in 2017: whereas it was relatively easy to find workers delivering food via platforms such as Deliveroo and Uber Eats, I had significantly more trouble finding workers who performed cleaning work for Helpling (the largest domestic cleaning platform in Europe). mehr Info