Since the 1990s, the concepts and practices of planners have massively changed. At almost the same time, the development of digital information technologies has contributed to a shift in planning action and planning communication, which also modifies the ways of engaging publics. The relevance of participatory and cooperative (re)thinking, (re)planning and (re)shaping of urban spaces has become increasingly common but contested. Forming imaginations of urban futures within urban planning and participation, especially digitally produced visualisations play a decisive role in such processes. They are often regarded as instruments to promote participation by creating publicity, transparency and evidence, still it is debated whether they reduce or increase the ‘risk’ of citizen protests.  Little is known about the past and actual use and the effects that specific modes analogue and digitised visualisation has on the actual urban planning and development processes. The conference reflects on how previous major transitions in visualization and participation during the 20th century have been perceived and discussed and what lessons can be learnt for the current transition of planning in the digital age.

Planning and urban design research focuses predominantly on professionally created representations by architects and planners who have employed digital information and communication technologies alongside analogue media for the last forty years. But the implementation of new (digitised) participatory instruments also enables citizens to visualise in order to make own ideas, knowledge and meanings visible and useable for urban planning processes. And finally,  urban movements, civil society organizations and other political actors also use visual representations to push own interests and goals and to affect public spheres. Different disciplines such as sociology, anthropology, geography, history media and communication science examine the significance of visualisations in everyday lives such as mediatisation processes and the course of the Iconic or Visual Turn.

In examining the relevance of visualisations in urban planning and design, the conference discusses these topics from an interdisciplinary perspective. Within the broad framework of historical transitions and contemporary approaches four sessions will address the impact of visualisations and mediatised communication concerning (1) the change of the planner´s role in planning culture, (2) the relation of experts and the public sphere,  (3) the practices of (digital) participation and finally (4) the general planning of urban futures. The contributions deal with these questions empirically and/or methodologically and theoretically.

Planners, architects and urban designers have always worked with different forms of analogue and, since the mid-1990ies digital, visual practices as drawing, mapping, model-building or sketching. The changes in past and present ways of production of visualisations and the (collaborative) practices of designing and visualising in the offices of architects and urban planners will be examined this session. It will be asked: How have digital technologies changed the way planners, designers, and other visual planning professionals work in their offices and practice their profession? Did the introduction of digital tools change the way planners and designers work and if yes, how can this be measured? And which role do new forms of digitally generated visualisations such as interfaces, renderings, diagrams and charts play in the communication process and how do they impact the role of the planner or designer? How have visual practices changed in times of transition towards new forms of design and presentation in the course of the 20th century? Which conclusions on the character and challenges of such transitions can be drawn from historical cases for present processes? How do these cultures differ in relation to different local-global contexts?

Recent debates on social and affordable housing or large-scale infrastructure projects have shown that urban development and planning are increasingly becoming of public interest. The session discusses the influence of visual representations on the production of public perception and the communication between ‘traditional’ expert groups, such as planners, designers, politicians, urban administration, economist, and developers and a broader public. Which strategies of visual communication of planners and other actors can we observe in public discourses on urban planning in past and present? Which composition of analogue and digital visualisations do we find? Which actors generate public discourses and how are public discussions influenced by different types of media use, whereby not only actors from politics and mass media come into view, but also civil society (initiatives, social movements, etc.)? Spheres of (political) power in the context of municipal, urban or state planning as well as questions of the (critical) confrontation of public spheres with visualisations and their communicatively generated invisibilities/visibilities are touched. 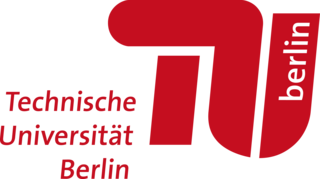