Jean Hillier will explore the Foucauldian concepts of milieu and environnementalité which recognise interdependent entanglements of the human and non-human in regimes of ecological assemblages. Beings, such as humans, dogs, cats, foxes, rabbits, in Australia constitute themselves through the differential between exterior flows or milieus connecting them to other beings and assemblages and flows or milieus interior to their self. She illustrates the importance to conservation managers of using science to reduce the dynamic, complex relationalities of both exterior and interior milieus of non-human animals so that extermination of such animals is rendered acceptable.

She calls for replacement of the axiomatic positivism of conservation biology with practices which emphasise heterogeneity and relationality. She introduces the terms milieu and environnementalité. Environnementalité concentrates on a thing's environment or milieu, rather than on the thing itself. It recognises the full play of forces and their co-constitutive, complex relationalities. With regard to ecological assemblages, such an approach represents exploring the conditions of possibility for non-human animals to live in their milieus and to consider, in particular, relationalities with elements such as fragmentation of ground cover, fire regimes, availability of predators and prey and so on.

Jean Hillier explores potentialities of thinking in terms of milieu and environnementalité as a spatial material distribution and relationality of power through environments, technologies and ways of life (Gabrys, 2014) rather than the production of environmental subjects to be governed. She aims to develop the idea of managed nonmanagement (Tsing, 2015) of milieu-assemblages which affords potential for relocating biopower to within the subject in new, liberatory, environmental politics and practices. 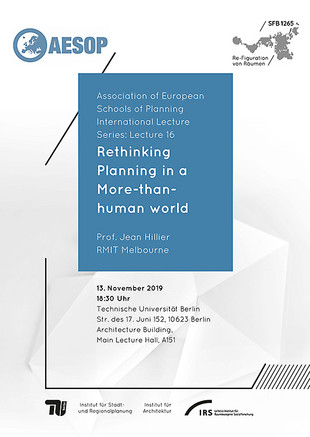