The spread of COVID-19 is a spatial phenomenon. Maps capture the degrees of affectedness of different countries and regions; hotspots are identified and the influences of mobility practices such as holiday travel are examined. Thus, geography can contribute significantly to understanding and combating the coronavirus pandemic. A special issue of the Tijdschrift voor Economische en Sociale Geografie with two IRS-contributions has addressed the geography of the coronavirus pandemic.

In their contribution "From Corona Virus to Corona Crisis: The Value of An Analytical and Geographical Understanding of Crisis", Verena Brinks and Oliver Ibert use the example of the COVID-19 outbreak in Germany to show what a spatial perspective on crises can contribute. To this end, they use the TPSN concept (Territory, Place, Scale, Network) of the British sociologist Bob Jessop and colleagues. This concept is used to analyse social phenomena along their territorial dimension, their manifestation in concrete places, their manifestation at different scale levels and their spread in networks - but above all with a view to the interaction of these dimensions. Brinks and Ibert point out that in the reactions to the spread of the new coronavirus, different levels play into each other: Concrete places, such as supermarkets, are redesigned to avoid infections; at the same time, such redesigns are organised in a network-like manner (in chains) and differ according to network affiliation. Different territorial levels (federal, state, transnational entities) sometimes interact and sometimes conflict in pandemic response, also depending on how a state is organised (federal or centralised). Brinks and Ibert take a critical stance against a territorial logic of pandemic control. They emphasise the contradiction between a problem that requires internationally coordinated action and a way of acting that is, at least initially, strongly conceived in terms of national borders.

Andreas Kuebart and Martin Stabler also refer to the TPSN concept in their paper "Infectious Diseases as Socio-Spatial Processes: The COVID-19 Outbreak In Germany". They evaluated the first 1000 or so cases of infection in Germany during the first COVID-19 wave to identify the socio-spatial processes that produced infections in each case. They identify three main dynamics: the influence of superspreading events, such as carnival celebrations, religious festivals or club parties, on regional outbreaks; the spread of the virus through mobility networks, especially tourism; and outbreaks in closed environments such as cruise ships and retirement homes. In contrast to the well-documented outbreaks of SARS (Severe Acute Respiratory Syndrome) and MERS (Middle East Respiratory Syndrome) in the 2000s, hierarchical spread (via closely networked metropolitan areas) played a significantly weakened role, and area spread across municipal and county boundaries was also relatively negligible. The particularly dramatic outbreak in the Heinsberg district, for example, remained limited to the district; commuter links to other districts or across the German-Dutch border did not lead to a spatial spread of the infectious event. Kuebart and Stabler conclude from this that the closure of borders, which led to severe disruptions of everyday life and also of cooperation in the fight against the pandemic in the strongly interconnected European border regions, did not make sense. Regionally limited mobility restrictions, the banning of events and restrictions on travel, on the other hand, had been adequate.

Hence, territorial thinking, including border closures, was only useful in the early phase of the coronal pandemic insofar as it led to the disruption of causative mobility networks (such as tourism). Other effects and consequences were rather counterproductive. 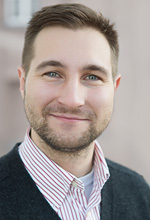