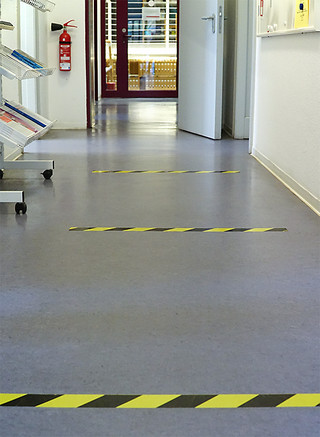 When the lockdown to contain the coronavirus pandemic began in March 2020, the work routines of the IRS, like those of many other institutions, were massively thrown out of sync. But a new mode of working quickly established itself: with home office and online communication, not only writing and organisational tasks could be managed - virtual working also proved its worth for events and sometimes even for empirical research. And some research findings were applied more quickly than expected.

On 26 February 2020, Verena Brinks wrote to her project team that she had read the word "corona crisis" in the media for the first time that day. In the weeks before, when the disease just named "SARS-CoV-2" by the WHO had spread first in China and then in more and more countries, the word had been in the air, so to speak. Crisis teams had been set up. There was a growing sense of threat, pressure to act and fundamental uncertainty about the behaviour of the new virus as well as ways to counter it - all defining characteristics of a crisis. Brinks, junior professor at the University of Mainz and alumna of the IRS, is conducting research together with IRS researcher Tjorven Harmsen and IRS director Oliver Ibert in the BMBF project "RESKIU" on the role of expert knowledge in crises. Oliver Ibert also represents the IRS in the Leibniz Research Network "Crises in a Globalised World". From Erkner, the Corona crisis was thus viewed from the outset through the lens of social science crisis research.

Nevertheless, the force with which the Corona crisis changed everyday life in Germany also came as a surprise to the Institute. On 16 March, when it was foreseeable that the usual pattern of presence work, lively travel, international guest stays and well-attended events could not be maintained, the IRS also set up a crisis team. This immediately sent the institute into emergency mode, which meant home office for almost all employees. Except for the caretaker and reception, the IRS building remained empty from then on; only the crisis team itself met daily at first to "get in front of the situation", as it is called in crisis management.

Since then, the crisis team has sent out 26 "updates" by email to all employees and dealt with countless individual problems, from simplifying internal application procedures to extending positions and projects. From the strict emergency operation, which allowed almost no presence work and no presence events, the IRS switched in June to a "relaxed emergency operation", which allows very limited presence work and adherence to a hygiene concept. So far, it has not been possible to reach further levels of relaxation on the specially developed step-by-step plan - the situation is too unstable, the infections have developed too dynamically in recent times. And yet, in the year since the beginning of the corona crisis (at least in Germany), the IRS has learned valuable lessons that will shape the Institute's future actions.

During the weeks of the first lockdown, the public recognised with a new and hopefully lasting appreciation that not only civil protection and emergency services, but also, for example, supermarket employees and care workers are among the absolutely indispensable service providers of society. The IRS had a similar experience in the first weeks of the lockdown, when securing administrative processes and the IT infrastructure as well as building management were among the most urgent tasks of the crisis management team and the corresponding specialists performed essential presence work. The fact that administrative processes were still insufficiently digitised proved to be a major hurdle. The Institute is in the course of tackling this problem.

The general rush for laptops and webcams at the beginning of the lockdown was also felt by the IRS IT. Especially the hardware equipment of the institute, which was not designed for mobile working as a rule, became a bottleneck. The search for video conferencing services that would run stably and meet the various requirements for team and external communication also proved challenging. Overall, however, the switch to virtual formats in in-house collaboration went surprisingly well. "In our case, team communication is even better than before," says Wolfgang Haupt, a postdoc in the research department "Institutional Change and Regional Commons". Before the lockdown, team meetings were difficult to organise due to the high density of appointments. "Now we meet more spontaneously and much more often online." For their part, the IRS management issued the motto that researchers should consistently use the new circumstances as an opportunity to try out new ways of working.

Opportunities and Challenges for Research

However, the restrictions caused by the pandemic proved difficult to compensate for in the empirical research itself. Numerous IRS projects, especially in the third-party funded sector, envisage intensive field work and thus long research trips - in Europe, Africa, Asia and America. "We had to give up our foreign field research in Nigeria and Estonia. Not everything can be collected via Skype interviews, especially if you want to work ethnographically," explains Gabriela Christmann, who, among other things, heads the DFG project "Digital Urban Planning" with case studies in New York and Lagos. Jana Kleibert, head of the Leibniz Junior Research Group TRANSEDU, which sheds light on universities' internationalisation strategies, also emphasises how important it is to look around on site, to experience the concrete conditions for oneself. "We had just started the second wave of data collection when the lockdown came," Kleibert describes. "We had to bring our team back, partly on the last flight." Months of preparation for the research trips to France and the Gulf region, which lasted several weeks, were in vain.

On the other hand, advantages of online formats were also shown in isolated cases, for example in the MaFoCi project, which compares the climate strategies of several large cities in the Baltic Sea region. "The lengthy planning of business trips is often not compatible with the daily work of potential interview partners," says Wolfgang Haupt. "We now arrange interviews more flexibly online". A focus group with experts from the city administration of Turku (Finland) was even much more productive online, he says, because it was possible to connect live to the researcher who was working on the comparative case study in Groningen (Netherlands). "But we have already been to all our case study locations, we have contacts and know the local conditions," Haupt limits. "I don't know what would have happened to our research if the lockdown had started in October 2019".

Ongoing projects took up the topic. The team of the DFG project DeReBord, which investigates everyday practices of border demarcation along the German-Polish border, included the consequences of border closure in its data collection. The lead project of the research department "Institutional Change and Regional Public Goods", which examines discourses around critical infrastructures using the example of the energy transition and climate adaptation, expanded its view to include the debate around healthcare as critical infrastructure. Two articles by IRS researchers on socio-spatial dynamics of the Corona pandemic appeared in a special issue of the Tijdschrift voor Economische en Sociale Geografie .

In addition to problems with data collection, the additional organisational workload for project extension applications is also a factor. New projects are now being planned intensively with online formats, even if these cannot ultimately replace research trips. Methodological emergency options in the event of a long-lasting pandemic are now part of application and project planning. Thematically, the corona crisis will occupy a prominent position in IRS research in the near future. Recently, for example, the Regional Studies Association approved a research proposal for a project on the impact of COVID-19 on college campuses abroad. Other projects are in the application process. However, researchers are looking with concern at future opportunities to network internationally. "Conferences are going away, especially the particularly productive hallway talks on the sidelines of the official sessions. This makes it difficult to orient oneself in the community," says Matthias Bernt, acting head of the research department "Regeneration of Cities".

For events organised by the IRS, the aspect of creative experimentation again predominates. "From our point of view, events such as workshops and conferences can be held very well virtually, which is what we are doing," says Gabriela Christmann. "In fact, we have not cancelled anything that was on our agenda for 2020." For example, Christmann's research department hosted the final conference of the RurAction project on social innovations in rural areas online in September, and several thematically related transfer events were also held online.

Central IRS events such as the IRS International Lecture on Society and Space and the Brandenburg Regional Talk have been converted to online formats, and video and audio recordings are published. The International Lecture is particularly suitable for this. "We now reach a larger and even more international audience with the Lecture, and also more visibility in social media," says Sarah Brechmann from the Science Management and Communication department. Two Lectures have taken place online so far: In May 2020, Canadian journalist Doug Saunders spoke about "Arrival Cities", and in September, British geographer Mark Shucksmith spoke about social exclusion in rural areas. In June, IRS researcher Madlen Pilz also discussed arrival neighbourhoods in eastern German cities with Stefanie Kaygusuz-Schurmann from the Cottbus city administration and Rene Wilke, Mayor of Frankfurt/Oder, in the first online regional discussion. The conversation was published as an audio recording on the IRS podcast Society@Space. The following regional talk on the question of whether "East Germany" is still a valid category today was held in the form of a video conference and published on the IRS video channel.
Competence in Crisis Research

Scientific crisis expertise also quickly found its way into the public domain during the Corona crisis. In "Crisis Calls", for example, the Leibniz video podcast on the Corona crisis, Oliver Ibert discussed the discrepancy between a pandemic that is global by definition and the dominance of national solution strategies. In an interview with Leibniz-Transfer, he explains how experts act in crises and how scientific expertise becomes effective in crises. In Deutsche Welle, IRS researcher Ariane Sept commented on the "urban flight" in the Corona crisis. In numerous blogs, such as the Corona blog of the Hessian Foundation for Peace and Conflict Research, the blog of the Collaborative Research Centre "(Re)figuration of Spaces" and the blog of the Viadrina Center "B/ORDERS IN MOTION", IRS researchers also posted scientific classifications, observations from research and reflections on new everyday practices.

All in all, the Corona crisis has triggered strong learning dynamics in the IRS, the effects of which will manifest themselves far beyond the pandemic - especially in the digitalisation of processes, online collaboration and mobile working. The crisis will also be (further) strongly present in research in the future. Nevertheless, IRS employees hope that the pandemic will end soon. 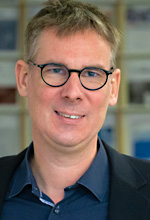