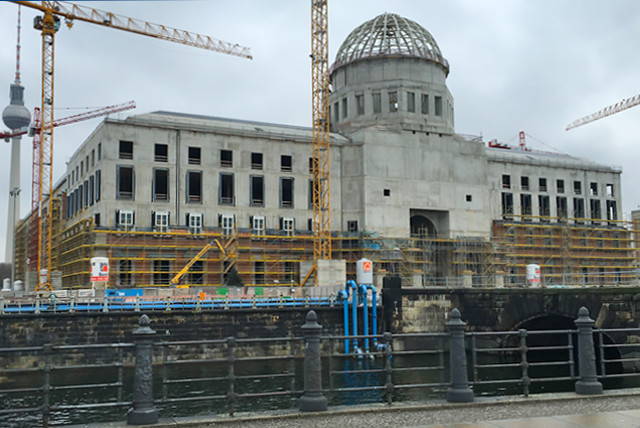 “Authenticity” as the purportedly “original”, “pure”, or “true” character of persons, objects or practices has become a major public discourse, a powerful driver of heritage debates and cultural change and a key research issue in the humanities. From theatre and museums studies to heritage conservation and the historical sciences scholars dispute the ways in which authenticity indicates and triggers cultural change in modern societies. While there is a broad consensus among constructivist approaches that historical authenticity was and is always socially and culturally produced, and that there is no such thing as “the pure” or “the original” in terms of materiality, the case of built heritage seems to challenge this approach.

Here strong academic and public controversies have emerged on the role and impact of materiality for authenticity. We also see serious political conflicts in European urban societies over the reconstruction of buildings and urban areas, from Dresden to Berlin and from Potsdam to Frankfurt, as well as in European cities such as Mostar, Riga, Sarajevo, and Vilnius. Citizens groups, municipal boards and experts are heatedly debating the projects for the reconstruction of historical buildings and urban areas. This project is the first to systematically analyse patterns of such discourses in a transnational historiographical perspective.

The study focuses on public debates and practices of citizens’ initiatives, city councils and other actors in the area of tension between building policy, tourism, migration since the 1970s in cities of the Federal Republic of Germany, the GDR, Poland and France: Nuremberg, Potsdam, Szczecin and Marseille.
Visual sources are especially important as a question of the significance of visual memory for the authentication of the built heritage. About 200 visual sources (photographs, paintings, brochures) of the Berlin-Brandenburg region will therefore be presented on a separate website and will be related to selected visual sources of the four subprojects in a European context.

The research project examines how, in the course of the transformation of Marseille and its inner-city quarters since 1945, individual buildings and areas have been discursively devalued and others have been upgraded and "authenticated" in the media, including monument protection. The project analyses the conflictual processes of social and discursive inclusion and exclusion in the field of tension between economic change, migration, tourism, urban and national identity discourses, in which neighbourhoods have been upgraded or downgraded.

The following subprojects are part of the research project “UrbAuth”:

Directly next to the tower of the baroque Garrison Church in Potsdamer Dortustraße stands the building of the data processing center of the Volkseigener Betrieb "Machine Computing", completed in 1971. The Garrison Church, which was damaged in World War II and blown up in 1968, is currently being rebuilt with public and private funds. The "Rechenzentrum", on the other hand, currently still used for cultural purposes, is a candidate for demolition. Why? In June 2020, the international project network "UrbAuth", led by the Historical Research Centre of the IRS, began work. The project aims to clarify how cities today attempt to establish historical authenticity in their building policies, and why certain epochs are repeatedly used as points of identification, while the traces of other epochs disappear from the cityscape. more info