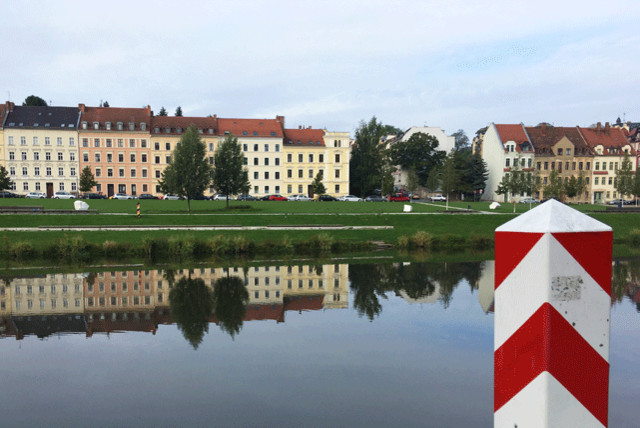 In this project researchers from the IRS department “Dynamics of Communication, Knowledge and Spatial Development” and the Adam Mickiewicz University in Poznań investigate socio-spatial transformation processes on either side of the German-Polish border, from its opening in 2007 until 2019. The research interest is focused on the question of how debordering, rebordering, and possibly also “interstices” can be systematised.

Although much research concerning border regions has been done, only a small amount is known about how socio-spatial transformations in these areas take place. In addition, studies have thus far barely contributed to spatial theory. The project addresses this gap in the research. The aim is to investigate socio-spatial transformation processes in German-Polish border regions from the opening of the border in 2007 until 2019. We assume that border crossings take place on a daily basis as a result of the physical processes of debordering, while differing culture spaces continue to exist on either side. Furthermore, we assume that the removal of a national border on the macro-level may bring about practices of rebordering on the micro-level (e.g. in terms of erecting fences).

The empirical question is thus: Which socio-spatial transformation processes can be observed, and how might debordering, rebordering, and possible instances of the construction of “interstices” be systematised? The question will be answered by focusing on local discourses, on space-related knowledge and on practices both of residents and of local actors.. Regarding the practices, and this is an innovative aspect for border studies, mobility patterns as well as materialities of debordering and rebordering will be examined. For a detailed analysis of these processes, aspects of mobility and materiality will be visualised through such methods as video-walkings, hybrid maps, and sociological films.
The theoretical interest of the project lies in the issue of how the empirical findings on socio-spatial transformation processes can be conceptualised. Of particularly use here is communicative constructivism, with its implications for spatial theory, actor-network theory, and conceptual approaches to mobility. Another central question is how the spatio-temporal processes of transformation can be described. In this context, theoretical work on border regions should see itself advanced.