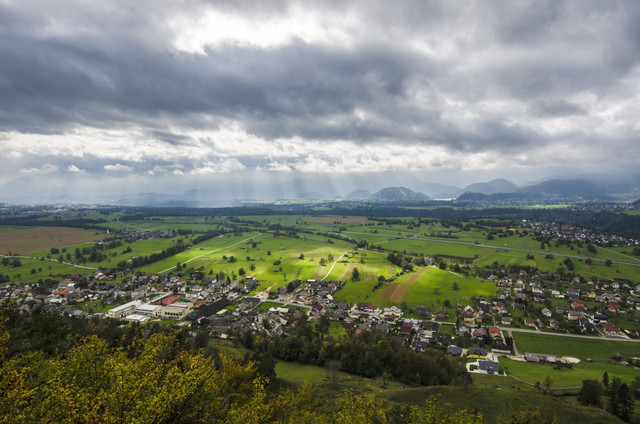 The RURACTION research and training network focuses on problems in structurally weak rural regions in Europe and on the impact of social entrepreneurship regarding the development of innovative solutions to problems in rural regions. Rural regions – to be understood as areas with a low population density spanning between the local and the state level – are faced with major social and economic problems. In comparison to ‘predominantly urban’ or ‘intermediate’ regions, ‘predominantly rural’ regions, and particularly structurally weak rural regions, are economically less productive, which finds expression by a low level of gross domestic product. They provide a less extensive scope of desired goods and services, opportunities for higher education and qualified job offers. Not least, they are faced with recurring negative discourses on rural problems in public media resulting in negative images.

Against this background the respective regions experience a considerable loss of inhabitants and especially a brain drain of young and highly skilled people. Since the Euro crisis has become a burden in some European regions the situation has become even more acute. Downward spirals are set in motion that further reduce economic opportunities and prevent rural regions from overcoming their structural deficits .Facing these problems, the EU has been implementing rural development programmes such as ERDF, EAFRD (including LEADER and, recently, CLLD). However – as shown through international evaluation research focusing on LEADER initiatives – attempts of coordinating joint innovative approaches by local action groups have often been unsuccessful . The EU is aware of such problems as well as of the imbalance in the range of support activities due to funding rather agricultural than community-related development.

Apart from reports on rural development issues, other reports and strategy papers by the European Commission reveal that the EU considers the following tasks important in the future: “(d)eepening our understanding and knowledge of social innovation” and “strengthening the potential of (…) social entrepreneurship” . However, what is conspicuous is that the issues of social innovations and of rural development have for a long time been dealt with separately – both by EU policy and by previous research activities. Only recently, awareness has grown in the EU that rural regions are important areas for social innovations. Associated with this awareness is the insight that “(r)egional strategies that incorporate social innovation are only beginning to emerge”. Accordingly, the European Commission identifies social innovations in rural regions as one of five desiderata of social innovation research . This research gap is the starting point of the RURACTION network.This project receives funding from the European Union’s Horizon 2020 research and innovation programme under the Marie Skłodowska-Curie grant agreement No 721999.

News
New Publications for Practitioners: How Social Innovations in Rural Areas can be Supported

Over several years, the research unit "Dynamics of Communication, Knowledge and Spatial Development" has been researching how social innovations are driven in rural areas, what problems they can solve and how they can be supported politically. Now it is publishing recommendations for practice; on the one hand in the form of a German-language policy paper, on the other hand in the form of an English-language practice manual. more info

Video created by polish TV station "Telewizja akademicka UAM.TV" during the Opening Conference of the RurAction project in December, 2017, at the Adam Mickiewicz University in Poznan.