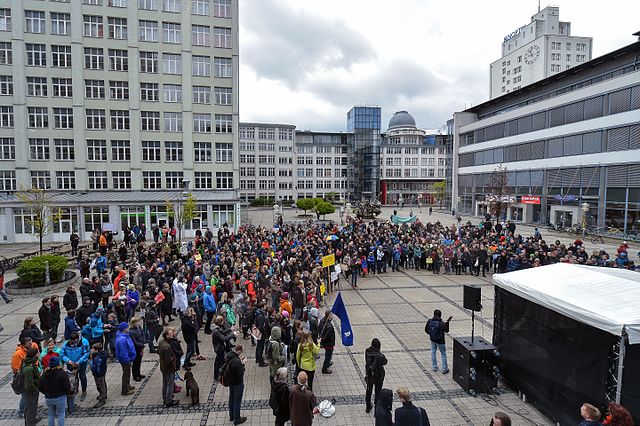 Many cities are reliant on immigration to turn their declining populations back into growing ones. Nevertheless, despite the increasing competition for younger inhabitant, students, and qualified professionals, as well as widespread growth policies, cities have to date barely developed their own immigration strategies. The management of immigration has so far been seen as the task of national migration regimes. When it comes to local integration policies, cities react solely to the influx of migrants and the national allocation of refugees and asylum seekers. A linkage between urban-development and integration concepts rarely takes place.
In light of this, the project “Immigration Strategies – Planning Policies in the Regeneration of Cities” (2018-2020), funded by the German Research Foundation, examines the question of which strategic planning approaches exist for an urban development policy directed towards immigration. In empirical case studies of six cities and towns in Germany, researchers from the department “Regeneration of Cities and Towns” investigate what scope for action exists for pro-active immigration strategies at the local level, on which forms of governance these depend, and what conflicts and problems of acceptance these meet in planning practice. A comparison between cities with high proportions of immigrant and foreign residents in Western Germany and cities with lower proportions in Eastern Germany is thus envisaged. The project team seeks to discover under what conditions there arises either “growth coalitions” between business and local policy in favour of immigrants, or “preservation coalitions” between citizens, right-wing parties, and planning policies that seek to avert immigration, despite the increased need for immigration that exists due to demographic change, structural vacancies, and a shortage of skilled workers.