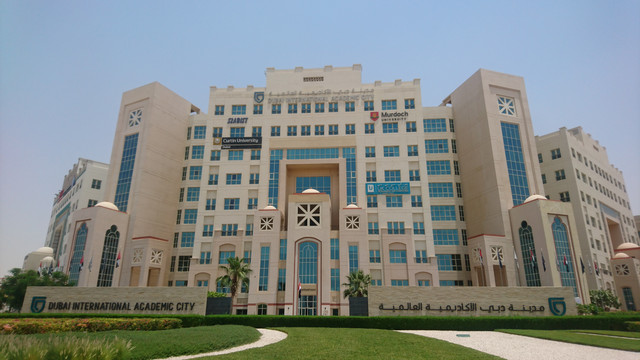 Against the backdrop of an increasingly globalising higher education landscape worldwide, we can observe that a few countries particularly invest in hosting relatively large numbers of offshore campuses of foreign providers of higher education. Zooming in further, certain cities stick out in having established designated urban areas for these offshore campuses: transnational urban education zones (TUEZs). These purpose-built urban areas usually provide infrastructure and/or exemptions from national regulatory systems. Although the exact physical form of TUEZs can differ, they are all - in differing degrees - discursively connected to the notions of the knowledge-based economy, future economic transformation and global city imaginaries.

Four of these zones are located in three cities in the Arab Gulf sub-region: Dubai International Academic City and Dubai Knowledge Park in Dubai, RAKEZ Academic Zone in Ras al-Khaimah in the United Arab Emirates (UAE) and Education City in Doha, Qatar. Here, these zones appear to be on the one hand part of distinctive urban development dynamics that involve the making of the respective cities as places worthy of foreign direct investment and situating them as central nodes in global flows of capital, ideas and people. At the same time, they can be understood as urban manifestations of national developmentalist strategies formulated in numerous “Visions” and government statements aiming at economic diversification away from a natural resources-based economy towards a knowledge-based economy.

This dissertation project, situated at the interface of urban and economic geography, aims to answer the question: Why are TUEZs established in cities in the Arab Gulf sub-region and how are they embedded in urban and economic development strategies? Based on a content analysis of qualitative interview data and various text-based sources such as strategic documents university websites and media reports as well as observations on the ground, it applies a political economy lens in order to make sense of the phenomenon in its specific historical-material situation.
The dissertation project is supervised by Dr. Jana Kleibert (Department of Geography, Humboldt Universität zu Berlin).