In Catalonia, after the strong expansion of urban coworking mainly in Barcelona and its metropolitan area, the concept has begun to be quickly diffused to rural areas. The first rural space was launched in 2012, and there is currently a network of fifteen spaces, distributed throughout the Catalan territory. All spaces are integrated in the Cowocat Rural project, a pioneer public-private initiative.

The presentation focuses on three main points. First, it exposes and analyzes the development of the Cowocat Rural network since its beginnings. Second, from a managerial perspective, it proposes some guidelines extracted from the Catalan experience, that might be useful for policy makers and practitioners that consider launching a coworking project in rural areas. Third, from a theoretical perspective, it analyzes the spatial diffusion and translation of the coworking movement, mainly understood as an urban phenomenon, to a rural environment.

Rural coworking, similarly to urban coworking, is aimed at supporting entrepreneurs, freelancers and teleworkers, by offering them an informal and collaborative work environment. Furthermore, rural coworking allows professionals to improve their quality of life by reaching a better reconciliation between professional and family life. Thus, rural coworking can contribute to dynamize the economy of the territory, by retaining local talent and by representing an attractive life-work alternative to external talent coming from urban areas.

The success of the coworking phenomenon in urban areas contributed to the interest of actors from rural areas to embrace the concept as way to improve the local economic environment. However, the principles of the practice of coworking developed in urban areas had to be translated considering the characteristics of rural environments. Rural areas, with low population densities and high transportation times, make the frequent co-localization of members more difficult than in the urban environment. Contrary to urban coworking, one of the main challenges of rural coworking is to identify existing local professionals that would potentially be interested in joining a space. One of the greatest limitations of the expansion of rural coworking, rather than the issue of the critical mass of coworkers or difficulties relative to mobility, is the lack of knowledge and understanding of the principles of coworking, often understood more related to the availability of a physical space that to a new work practice. The comparison between urban and rural coworking underlines the importance of the existence of a community, rather than the access to a physical work space.

Ignasi Capdevila is an Associate Professor at PSB Paris School of Business (Paris, France). He is also an associate researcher at MOSAIC (the Creativity & Innovation Hub at HEC Montreal), at BETA (University of Strasbourg), and at the Chair NewPIC (PSB Paris School of Business). His research interests include localized knowledge dynamics, knowledge communities, creativity and innovation management in organizational and urban contexts. He is currently working on spatial innovation processes, and on the knowledge dynamics in collaborative spaces (like coworking spaces, Fab Labs, makerspaces, hackerspaces, etc.). 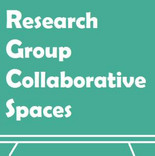