Coworking spaces, FabLabs, Maker Spaces and Repair Cafés – they all stand for new forms of joint working, partly economically motivated, partly driven by idealism, and for a new openness of access to working tools, both technical and organisational. For a long time, they were considered an urban phenomenon. Their spread began in the large metropolises. More recently, they are increasingly found in rural areas as well. A new Marie Sklodowska-Curie Innovative Training Network (ITN) funded by the EU's Horizon 2020 research programme is now looking at collaborative workplaces – the umbrella term for the facilities mentioned – in rural and peripheral regions: What distinguishes them from their urban counterparts? How can they improve living and working in rural areas? Under the direction of economic geographer Suntje Schmidt, the IRS is participating in the ITN CORAL, in which 15 Early Stage Researchers will work on their doctorates. In the interview, Schmidt explains what can be expected from the network.

Professor Schmidt, what is CORAL about?

It’s about two things. The first is to ask, from a research perspective: What are and what characterises collaborative workplaces in rural and peripheral regions? What role do they play for gainful employment, and what potential do they have for regional development in a broader sense? Secondly, a Marie Curie network is always about practical training. Our network includes collaborative workplaces that bring an operational management perspective. All 15 Early Stage Researchers (ESR) will have practical placements or secondments. They should be able to work both in research and in practice afterwards. This practical orientation distinguishes an ITN from a graduate school, for example.

Rural coworking has already become a topic of public debate. How do you perceive this discussion?

Great hopes are placed on these facilities. The economic dimension is in the foreground. In my view, collaborative workplaces can also contribute to social cohesion in the countryside, for example between the generations or between newcomers and old residents. The example of Alte Schule Letschin comes to mind – a place in the Oderbruch, just before the Polish border. There, a publicly supported coworking space was set up in an old school building. The manager invited everyone from Letschin to bring old school pictures. An exhibition was made of them. This not only created a place for newcomers or self-employed people from the region to work, but also brought in the old residents and created a meeting space. There is great potential in this.

Is this the approach or the contribution of CORAL to also shed light on the social dimension?

The added value of CORAL is that we approach the topic with an open mind and aks: What is happening in these places? What dynamics do we observe, what are the challenges of such places and how do they see themselves? One sub-project also deals with the gender perspective, an aspect that has been under-lit in research so far. Ultimately, it is about the question of openness and closure: who is involved here, who tends to be left out? Since these places have predominantly positive connotations in the discourse, it is also worth asking critically what contribution they really make and what that contribution looks like. From a political perspective, the question is: Can and should these places be promoted? If so, how? There is a work package in the network with several dissertations that deal with impact; mainly qualitatively, but partly also quantitatively. In the qualitative part of the work our focus is on the value and evaluation from the perspective of the regional actors.

Now, the category “collaborative workplaces” is very broad. It includes many different facilities such as FabLabs, Maker Spaces, Coworking Spaces, Repair Cafés. Is it even possible to summarise this diversity under one term?

It is a very diverse field, and the question of definition has not been definitively settled. One project in CORAL is to create a kind of typification for collaborative workplaces in rural regions. We expect, there is a consensus among the participants, that collaborative workplaces in rural areas have similarities with their urban counterparts, but that they also differ from them.

What is known about these similarities and differences?

We don't know that much about it yet. One well-known difference relates to the type of economisation. In cities, you often find chains like WeWork setting up coworking spaces. At the moment, it seems that in the countryside, a larger part of the places is still organised bottom-up, out of the needs of the supporting organisations and the operators. The social component is stronger, social entrepreneurship is a big topic. We also expect to see differences in the types of activities that take place there.

Do different European countries have different perspectives and expectations of collaborative workplaces in the countryside, for example as social infrastructures?

According to my personal observation, the discourse in France, Italy and Greece has been going on a bit longer than here. The question of funding is also posed differently there. I think that in Germany and Austria there is more of a pragmatic approach: someone sees an opportunity, talks to the mayor or the cluster manager, and a solution is found. But there is no structured funding – yet. However, people are definitely thinking about whether larger coworking spaces in rural Brandenburg, for example, would be suitable for reducing commuter flows to Berlin. There is also a discussion about whether we need coworking spaces at railway stations. This is reinforced by the experiences we made in the pandemic.

What impact does the COVID 19 pandemic have on the discussion about such places?

We are talking about places where encounters are to be created, also through special formats – in other words, exactly what is not possible at the moment. Project partners from Italy and France report that a whole series of places have been closed. We ourselves had to find a new partner organisation from the field during the contract signing phase for CORAL, because one company in the consortium had not survived the pandemic. However, others report that new places were founded during the pandemic and that they function particularly well, possibly because they respond precisely to the needs of their users during the pandemic who, despite everything, need environments in which they can continue to work. The pandemic has made it even clearer that in addition to an office at the company headquarters and the private home office, there must be other places where work can be organised safely and flexibly. In the long run, only the home office will not work, as many have painfully experienced in the pandemic, but the classic office is also increasingly being questioned, particularly in the context of the pandemic.

Where does Europe actually stand in this discussion? Were collaborative workplaces invented in Europe or did this idea “spill over” from somewhere else?

There are different explanations. Some see the origin of this movement in the Hacker Spaces of the Chaos Computer Club, some see the Free Workshops of the 1970s as the origin, and some point to the first coworking space in San Francisco. I would say that digitalisation and the development towards a knowledge society have simply created a need for new places to work, and that is why corresponding offers have sprung up almost everywhere in the world, especially in large cities.

Let's go back to the ITN CORAL: Why is the topic dealt with in the form of an EU-funded training network and not in another form?

There is another format, a COST* network1 on the geography of new places of work and their impact on peripheral spaces. CORAL emerged from this. The advantage of the practical training in CORAL is that we can approach an open question in a very broad and at the same time structured way. We bring together people who are already highly recognized with 15 young researchers who are new to the field and make new empirical contributions. That's a good way to open up a subject area about which little is known.

How would you describe the CORAL consortium?

The CORAL ITN is coordinated by Vasilis Avdikos from the Panteion University in Athens, a scientist who has distinguished himself in this research field for many years. In addition, other interdisciplinary scientific experts are involved in the consortium. I consider it a special added value of CORAL that the network is interdisciplinary with a strong economic component, also with quantitative research, and at the same time with a broad social science component. In addition, there are the practical partners, such as the European Creative HUB Network, Otelo or the Impact Hub as well as the Landesverband der Kultur- und Kreativwirtschaft Sachsen e.V. Such practice-oriented research fits very well with the Leibniz motto theoria cum praxi.

What role does the IRS play?

We will have two PhD students conducting research, one on the embedding of collaborative workplaces in translocal entrepreneurial ecosystems and the other on the role of places in regional development, including how their value can be measured and to what extent they could or should be promoted. As Work Package Leaders for the WP Training, we will also monitor and follow the progress of ESR across the network. We also co-developed the CORAL Schools, where doctoral researchers will exchange ideas, receive content-related impulses and develop many important skills for their research, such as how to create a research design or how to present research results in a way that is appropriate for the target audience. There will be a total of four CORAL Schools, which will be supplemented by further workshops and "knowledge exchange days". We will also welcome two ESRs from the network as temporary guest researchers, as all young researchers complete guest stays at other institutions in the network for their research as well as for practical learning.

What specific competencies does the IRS bring to the table?

We bring our Open Region approach, i.e. our knowledge of networks of relationships in regions and beyond regions. In the two research projects on entrepreneurial ecosystems and on regional development that we are supervising, we will not only pay attention to the embeddedness of collaborative workplaces in the region, but also to their embeddedness in wider relationships. In addition, we bring experience from our own work on collaborative workplaces, for example on the typification of Open Creative Labs or on the question of how these places contribute to resilience in volatile labour markets. In addition, we bring our methodological expertise in qualitative empirical social research and generally our spatio-temporal research perspective.

What does the network want to achieve in practice, what knowledge transfer should there be?

ZOn the one hand, we have practice organisations in the network that are actively involved in all phases of the research process. They will interpret the results for themselves and then reflect on their own working practice. In addition, they participate in the further training for the ESRs, for example on project management or the development of business ideas. At the end of the term, there will also be two policy days where we will discuss results with representatives of local politics and regional development and evaluate them from their point of view.

We have just recruited all 15 ESRs and they will start work at the institutes in September. Also in September, there will be a first get-to-know-you meeting, then still digital. We may also hold the first CORAL School in January virtually. However, the following meetings and especially the guest stays will take place physically again. 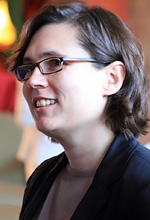