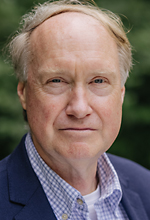 Örjan Sjöberg
Stockholm School of Economics
February/15/2022 - June/30/2022
Örjan Sjöberg is Professor of Economic Geography at the Stockholm School of Economics (SSE), a position he has held since 2001. He is also one of three Research Directors at the Centre for Sustainability Research at SSE. Örjan received his PhD in Human Geography at Uppsala University in 1991 after which he received an assistant professorship at SSE’s then Dept. of International Economics and Geography. Over the thirty years since he has taught courses at all academic levels, including on economic geography, international economics, globalisation, institutions and economic development, Asian and transition economies, urban studies as well as business and climate change. In addition to being the author of a monograph on rural change and development under central planning – the PhD, pursued in parallel, focused on migration, urbanisation and labour markets, also that in the setting of a centrally planned one-party state – he has published several edited volumes on various subjects. His articles have appeared in journals such as Annals of the Association of American Geographers, Economic Geography, Environment and Planning A, Geoforum, International Journal of Urban and Regional Research, Tijdschrift voor Economische en Sociale Geografie, Urban Studies and in several area studies journals. Current research focuses on urban sustainability and on issues related to the integration of migrants.