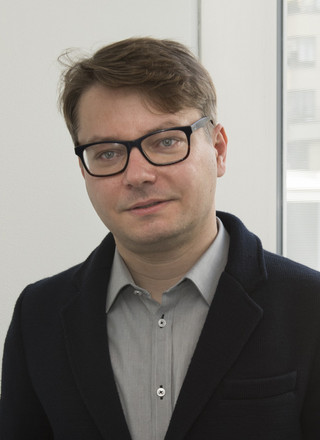 Dr Łukasz Stanek is lecturer at the Manchester Architecture Research Centre, University of Manchester. Stanek authored Henri Lefebvre on Space: Architecture, Urban Research, and the Production of Theory (University of Minnesota Press, 2011) and edited the first publication in any language of Lefebvre’s book about architecture, Toward an Architecture of Enjoyment (University of Minnesota Press, 2014). Stanek’s second field of research is the architecture of socialist countries during the Cold War in a global perspective, and he recently edited the book Team 10 East. Revisionist Architecture in Real Existing Modernism (Museum of Modern Art in Warsaw/ Chicago University Press, 2014). His current project focuses on the mobility of architectural knowledge between European socialist countries, Africa and the Middle East after the Second World War. His papers on this topic include “Miastoprojekt Goes Abroad: The Transfer of Architectural Labour from Socialist Poland to Iraq (1958–1989)”; Mobilities of Architecture in the Global Cold War”; and “Architects from Socialist Countries in Ghana (1957–67): Modern Architecture and Mondialisation”, as well as the exhibition catalogue Postmodernism Is Almost All Right. Polish Architecture After Socialist Globalization (2012). He taught at the ETH Zurich and Harvard University Graduate School of Design, and received fellowships from the Jan van Eyck Academie, Canadian Center for Architecture, Institut d’Urbanisme de Paris, and the Center for Advanced Studies in Visual Arts (CASVA), National Gallery of Art in Washington D.C., where he was the 2011-2013 A. W. Mellon Post-Doctoral Fellow.