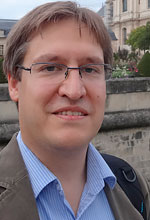 Jaroslav Ira is assistant professor of history at Charles University in Prague, where he specializes in modern comparative history of Europe with focus on urban history. He completed his PhD at Charles University (2013) with the thesis on local and national identity in historical biographies of Bohemian, Moravian, and Galician Towns in the late 19th century. His current project focuses on small towns in modern socio-cultural and spatial imaginaries and explores how the small-towns’ roles and potentials were conceptualized in the early to mid-20th century Central Europe and how small towns strived for their cultural creativity, centrality and urbanity in modern society. His other projects deal with social functions of local and urban history and uses of small towns’ cultural heritage. His recent publications include a co-edited volume Materializing Identities in Socialist and Post-Socialist Cities (Prague, 2017) and an article “Rethinking the Genre: Urban Biographies as Means of Creating Critical Public Spheres” in Urban History (2019). He has long been a member of EAUH and he is currently involved in several projects funded by Horizon2020 (REACH), Structural Funds (KREAS) and Erasmus+ (TEH21, TEMA+). He will stay at IRS thanks to research fellowship granted by DAAD.