Research departmentREGENERATION OF CITIES AND TOWNS

The department studies processes of urban regeneration and considers these as crucial for the nuanced understanding of urban transformations. The research centers on planning practices that address socio-spatial inequalities and fragmentations within and between cities. We focus on local governance strategies applied by actors from politics, public administration and civil society dealing with increasingly global challenges. These include, for example, migration and the redistribution of resources among different population groups. The department predominately focuses on medium-sized European cities that underwent major structural changes, and responded with policies tailored to these specific challenges.

As one of the most pressing issue of our times, immigration has gained particular relevance at the local level. The recent increase of refugee migration to Germany has instigated new negotiation processes in urban policy and planning. At the national level, the transition of Germany into an immigration country is envisaged by the government, and a new immigration law is underway to create new legal pathways for labour migration. Simultaneously, immigration has become a central focus of the mobilisation for new right-wing parties and movements. These current conflicts over immigration lead to a multiplicity of new dilemmas for municipal decision makers. Consequently, this research project investigates how urban migration policies are negotiated and formulated, which actors participate in policy formulation and how migration-related segregation tendencies are addressed. more

News
New Paper: Conflicts as an Integral Part of Planning

Due to the social polarisation and pluralisation of our society, conflicts in planning are increasing. There is hardly a project today that is not protested against. Well-known examples are Stuttgart 21, the development of the Tempelhofer Feld in Berlin, citizens' initiatives against wind power - and currently also the new Tesla factory in Grünheide near Berlin. How can planning deal with these conflicts? Agonistic planning theory sees conflicts as inherent in a pluralistic democracy and regards them as motors for change. A new paper by Manfred Kühn, which has now been published in the renowned journal Planning Theory, critically examines agonistic planning theory and describes some of the dilemmas that arise in planning practice. more info

News
Between "Arrival Neighbourhood" and "Trap": Two Events at the IRS Highlight New Challenges of Integration in Cities

Since 2015, international migration to Germany has become a top topic of many political debates. In many East German cities, these debates are also taking place against the background of a growing concentration of refugees in certain residential areas. Especially peripheral prefabricated housing estates are currently developing into new "arrival neighbourhoods". This development raises many new questions in planning practice: Are the quarters in question developing into stepping stones that facilitate the integration of immigrants - or are new "ghettos" emerging here? What new tasks and needs arise at the neighbourhood level? How is this development processed politically? Two events were held at the IRS in July 2020, during which the challenges of arrivals' neighbourhoods were intensively discussed. more info

Consequences of neoliberalism and entrepreneurial urban governance seem to be very clearly visible in some cities through scattered property-led spatial developments and investments. While the entrepreneurialisation of municipal governance is widely acknowledged in the scholarly literature, the extent and format of institutional and organisational structures that accompany neoliberal ideological shifts and market transitions often remain unclear. more infos 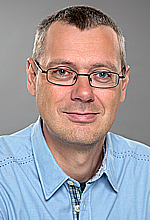 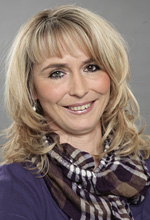