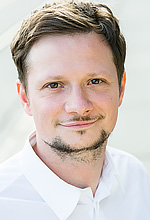 Kamil Bembnista has been working as a research associate in the research department “Dynamics of Communication, Knowledge and Spatial Development” at the IRS since May 2016 and is doing his Ph.D. within the DFG-NCN funded research project „Socio-spatial transformations in German-Polish “interstices”. Practices of debordering and rebordering“ (DeReBord) at Duisburg-Essen University. Before he has been working in the the DFG-NCN funded research project “Socio-Cultural Constructions of Vulnerability and Resilience. German and Polish Perceptions of Threatening Aquatic Phenomena in Odra River Regions” (2016-2018).

For his bachelor’s degree he studied social economics at the University of Hamburg and the University of Economics (VŠE) in Prague, Czech Republic, with a focus on sociology. He was awarded a master’s degree in the programme “Sociology – European Societies” at the Free University of Berlin. For his Master’s thesis, in which he investigated the degree of transnational use of space by german-polish border-residents he was awarded the Jan & Wojciech-Wawrzynek Prize for the best master’s thesis by the Silesian Institute in Opole, Poland. At the moment Kamil Bembnista is associated fellow at the Collaborative Research Center „Re-Figuration of Spaces“ (CRC 1265) at the Technical University in Berlin.

In his research he is particularly interested in the sociological and cultural perspective of borderstudies and the (visual and cinematic) sociology of knowledge approach to discourse. Besides his work in academia, he works as a freelancer for the Polish Institute in Berlin and in film-production. 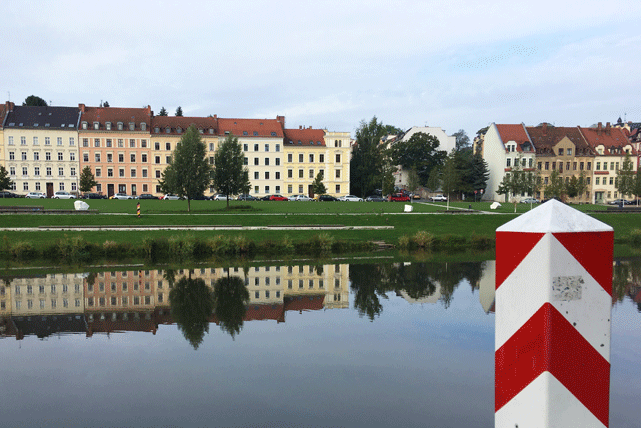 In this project researchers from the IRS department “Dynamics of Communication, Knowledge and Spatial Development” and the Adam Mickiewicz University in Poznań investigate socio-spatial transformation processes on either side of the German-Polish border, from its opening in 2007 until 2019. The research interest is focused on the question of how debordering, rebordering, and possibly also “interstices” can be systematised. more info

2019
Un/Certainty in Borderland Discours and Practices. Discoursive Constructions in German and Polish Newspapers

2018
Seeing and Feeling Borders. Constructions of Vulnerability and Borders in Narrative Films d'Auteur of Berlin School

Vulnerability in Borderland-Discourses and Practices

Discursive Borders and the Construction of Memory

The Cultural Embeddedness of Vulnerability and Resilience