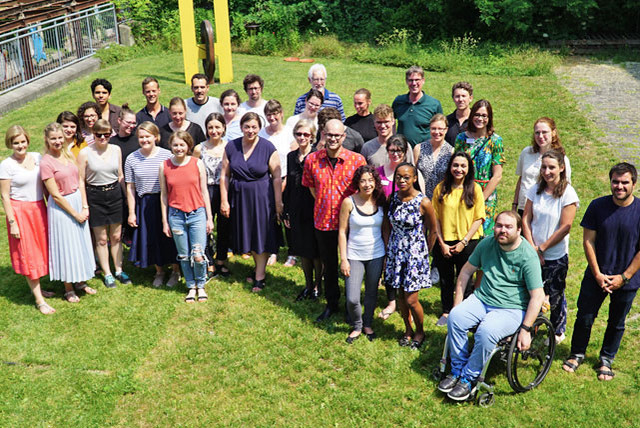 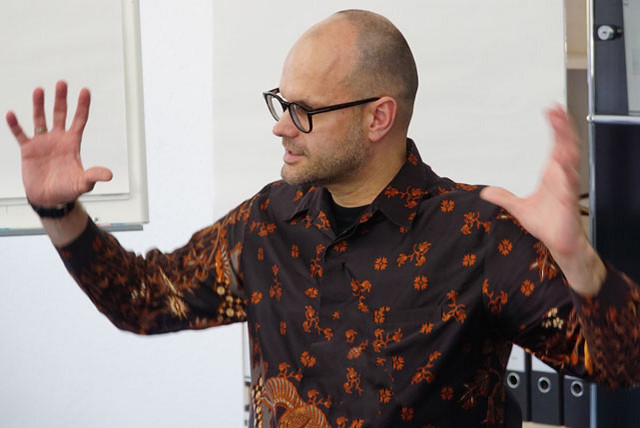 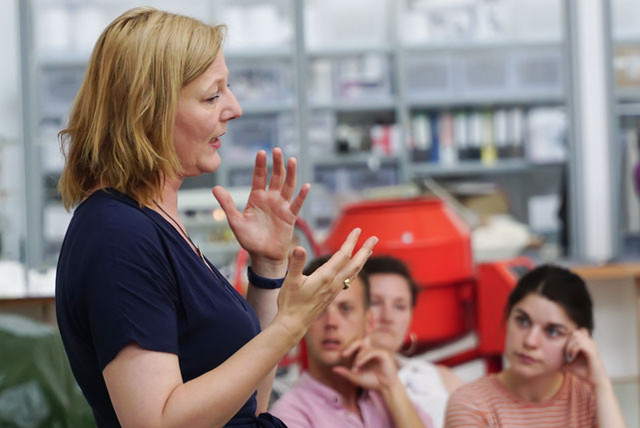 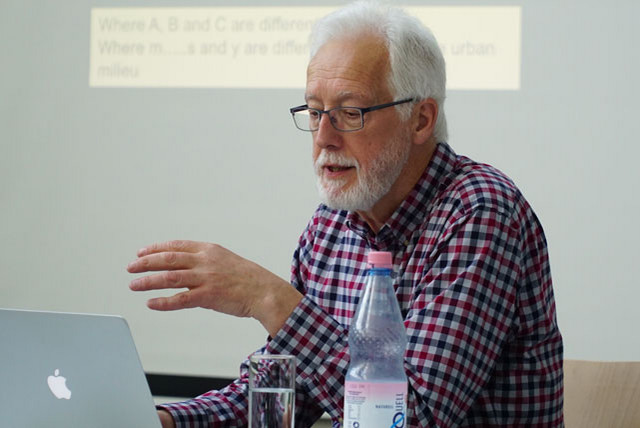 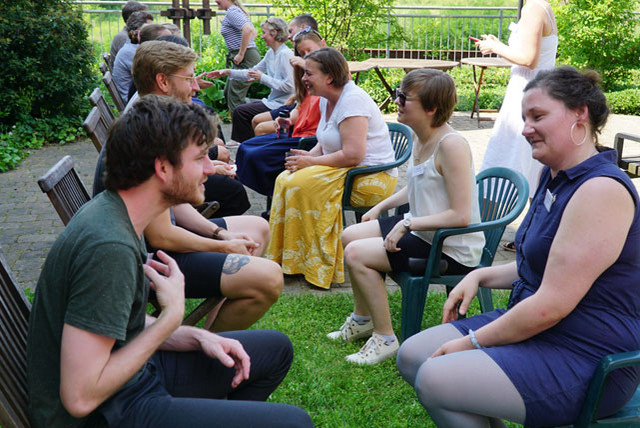 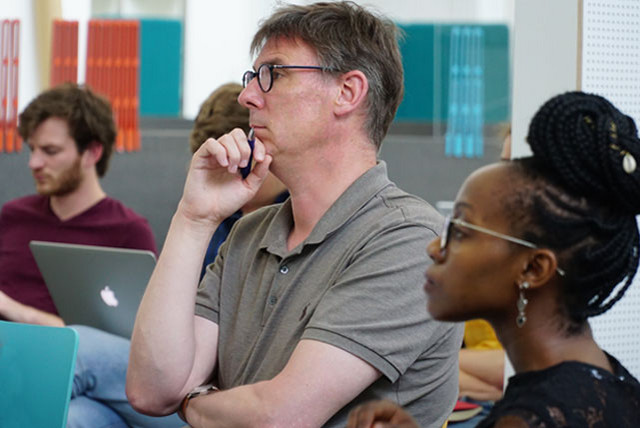 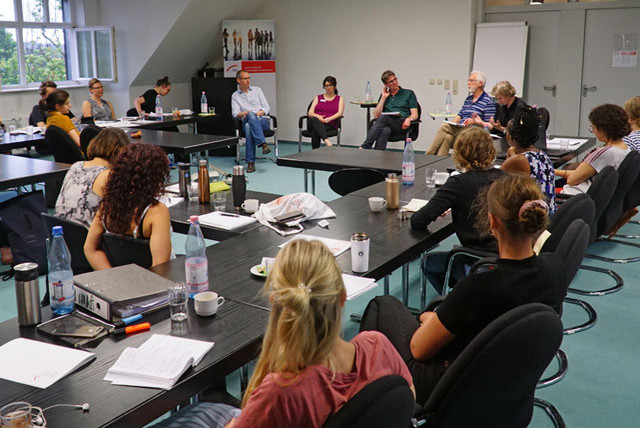 Meet the Editors and Reviewers 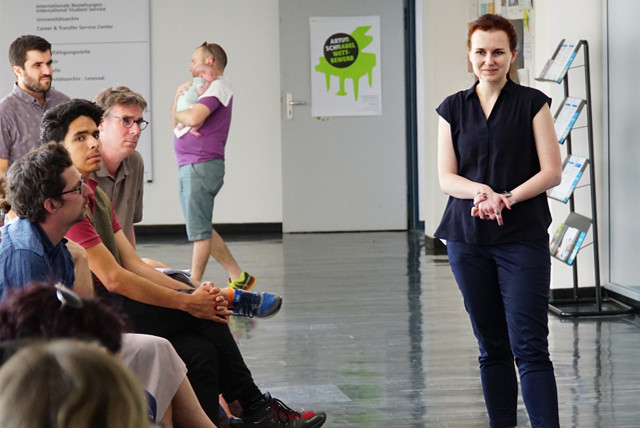 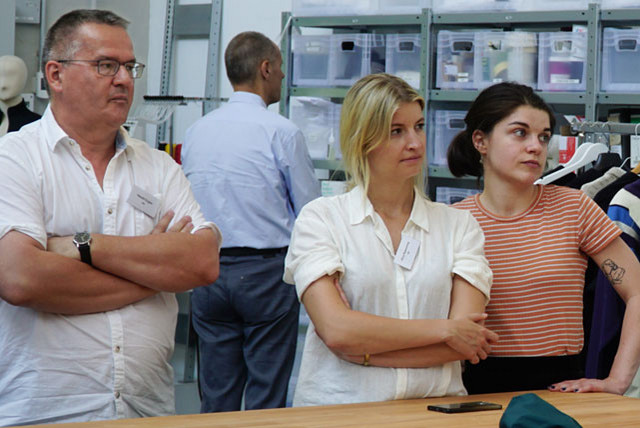 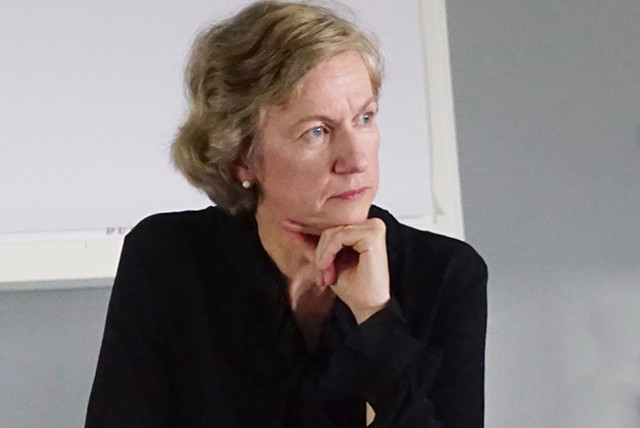 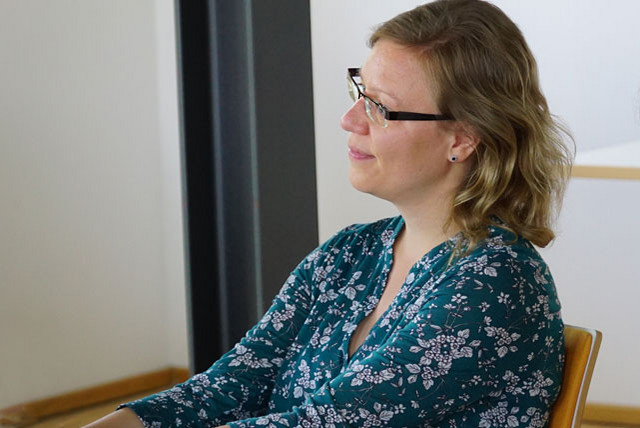 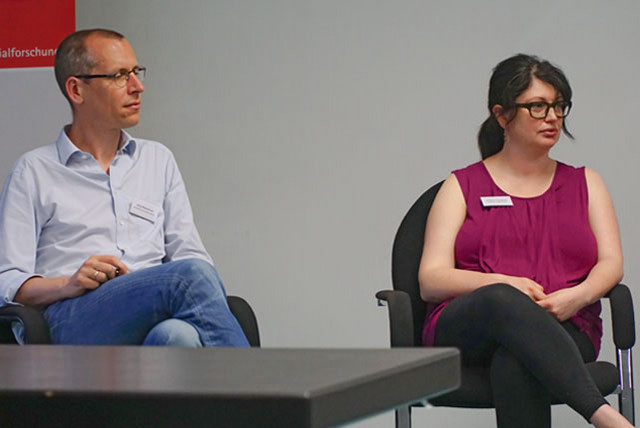 From 4 to 7 June 2019, together with the Design Research Lab at the University of the Arts (UdK) Berlin, the IRS hosted its third Spring Academy, “Investigating Space(s): Current Theoretical and Methodological Approaches”. The format transformed Erkner into a location for creative encounters between many international junior researchers. The recent iteration of the Spring Academy focussed on topological approaches to socio-spatial research.

Summer Schools (alternatively, Spring or Autumn Schools and Academies) are beacons within an academic working culture characterised by routine and obligatory business. Often they even provide doctoral students with the kind of surprising insights necessary to persevere through daily difficulties: “I’m not alone – there are others interested in my topic!”, “My work is good, it’s receiving recognition!”, “Now I understand why I’m doing this at all!” With its Spring Academy, the IRS has established its own international format for the networking of junior researchers. Unlike at conferences, at an event such as the Spring Academy one is with a group the whole time, working on joint topics and getting to know one another. Stable networks and even friendships form. “The first day was super exhausting, but on day two the benefits became apparent”, said one participant of this year’s third Spring Academy in Erkner and Berlin.

Since 2017 the IRS Spring Academy has published its annual “Investigating Space(s): Current Theoretical and Methodological Approaches” with support from the Volkswagen Foundation. This year sees a pause in proceedings: the Spring Academy 2019 was the last of the three originally planned events to receive funding. In order to continue, new sources of funding must be sought.

Each edition of the Spring Academy had its own focal point. At the first Spring Academy in 2017, titled “Temporality and Procedurality” and hosted together with the Department of Sociology at the Technical University (TU) Berlin, the focus was on the turn in spatial research towards the temporal dimension, i.e. to the processuality of spatial phenomena. This broadening of the perspective is central for IRS research on the whole: With the start of its current research programme, begun at the beginning of 2019, the IRS makes the “spatio-temporality” of researched phenomena a unifying element beyond departmental and project boundaries. The second Spring Academy in 2018, titled “Virtuality and Socio-Materiality” made the intersection of virtual and ostensibly “more real” non-virtual spaces its central theme. This is not to suggest a categorical distinction, but rather to highlight the issue of how both spatialities are related to and mutually produce one another. On this occasion the IRS worked in cooperation with the Weizenbaum Institute for the Networked Society, also known as the German Internet Institute. Participants reported back overwhelmingly positively on their experiences at both events.

The Spring Academy in 2019, titled “Topologies”, focused on an approach to spatial questions that don’t function by means of territories and levels of scale, but rather through the inner, historically accumulated logic, complexity, and “messiness” of specific places. Oliver Ibert opened the Academy by symbolically scrunching up a city map, forming a unique, three-dimensional structure out of a two-dimensional, standardised spatial representation, and thus demonstrating the shift in perspective “from spaces to topologies”. This theoretical and methodological development is not restricted to the ivory tower of academia, but has consequences for how one conceives of social action: not simply abstractly, caught up in relations of scale and power, but materially situated, entangled in specific local conflicts, but fundamentally productive.

The approach of taking on board recognised local partners was also pursued in this Spring Academy, with the Design Research Lab of the University of the Arts Berlin involved in its organisation. The DRLab is a platform for interdisciplinary research into practicable design solutions adapted to human needs, such as in human-machine interactions and digital communication. A part of the programme was held at the Berlin Open Lab, which the UdK runs in cooperation with the TU Berlin as a public place for innovation. Director and Professor of Design Gesche Joost presented the participants with a dynamic topology wholly in tune with the Spring Academy: how an old factory hall was transformed into the Berlin Open Lab, and how it grew into the very location-specific institutional ecology of the DRLab, a network that also integrates such bodies as the Weizenbaum Institute and the Einstein Center Digital Future, which seek to shape digitalisation with highly emancipatory aspirations. A kind of Berlin garden, if you will.

Including lecturers, thirty-eight participants from research institutes based in ten different countries convened for this Spring Academy, a majority of whom were doctoral students. An overall view of the disciplinary backgrounds, research topics, and engagements outside of research made it clear: Meeting here were predominantly young researchers who in all their variety were united in the endeavour of making first-rate, but also socially relevant contributions. The relationship of protest to urban planning, processes of gentrification and displacement resulting from earthquakes, acoustic environmental impacts – these are just a few examples of the diversity of topics treated.

The wide array of perspectives was also apparent in the three keynote lectures. Ruel Rutten, Assistant Professor at the Department of Organisation Studies at Tilburg University questioned the role of places and their interrelationships in the creation of knowledge. What leads creative individuals to remain in a particular place, and what leads them to traverse great distances? Richard Rodger, Emeritus Professor of Economic and Social History at the University of Edinburgh grappled with the question of how information systems and administrative demarcations influence the possibilities for realising the value of urban locales. He passionately advocated open-source information systems such as OpenStreetMap, whose currency and quality of data is maintained by a community of volunteers. Finally Merje Kuus, Professor of Geography at the University of British Columbia, took the example of diplomatic negotiation processes in EU bureaucracy in Brussels to demonstrate the difficulties as well as the potential to be found in research approaches that analyse social dynamics as local processes.

The participants evaluated this coming together of multiple perspectives as exceptionally enriching. “I was searching for a theoretical ‘injection’”, said Katharina Kullmann from the University of Applied Sciences Erfurt. “I’ve become acquainted with many different approaches that were new to me. This helps to place my own work within a broader context.” Merje Kuus gave a personal summary in the concluding panel: “The many different perspectives I found here reminded me that intellectual diversity is not just icing on the cake, but the key to staying curious.”

Alongside the selection of participants and contributions, the organisation of the Spring Academy strove hard to offer communication formats and social frameworks meant to help those taking part to productively exchange knowledge. This began with the now traditional Speed Networking, allowing each of the participants the opportunity of a brief one-to-one conversation with (almost) every other. Doctoral students could go into greater depth during individual consultations with the keynote speakers and other distinguished senior participants – “very effective”, as one participant put it. Junior researchers had the opportunity to concisely present and to receive feedback on their work during the several Paper-Pitch Sessions.

A special format offered by the Spring Academy is found in the “Doing Research Workshops”. Here the focus is on exchanging experiences of tangible research-practice problems. “These are things we don’t write about, so we have to talk about them”, said Jana Kleibert from the IRS, who led such a workshop together with Cristina Temenos from the University of Manchester. Here “multi-site research” was discussed, i.e. how one can, as it were, follow an object of study through space and investigate it in several different places. “It helps, for example, in better understanding a new, unknown place, as well as locating dialogue partners, if one seeks out contact with local journalists”, said Kleibert.

The encouraging effect of open exchange counts among the great advantages of the Spring Academy. “I now feel emboldened to integrate things into my research that I find interesting myself, but which are rather ignored within my disciplinary field”, said Hannah Wolf from Potsdam University. Sam Miles from the London School of Hygiene & Tropical Medicine is convinced: “This is an opportunity for people at the start of their research careers to network, to cite one another, and to cast off the hierarchy.”

All those things that are generally described as “adornments” were also of support. In the responses from all (questioned) participants, the organisation of the proceedings was praised: the peace of mind thanks to all-round social care, sunny relaxed evenings with “Walk & Talk”, and dinner as ever at the “Café am Neuen See” in Berlin Tiergarten, not to forget the catering during the day. And finally, the newly installed IRS parent-child room had its first real use, as one of the lecturers had travelled together with her husband and baby. Perhaps surprisingly, but certainly gratifying to many of those working at the IRS, and who each morning commute from Berlin into Brandenburg, was what Cristina Temenos had to say in conclusion about the IRS and Erkner: “This is such a beautiful place to be and work!”

This series of events gives early stages researchers the opportunity to discuss corrent theoretical and methodological trends in spatial research and to present his or her own research to an international audience. more infos