Anyone who experiments is suspending the conventional conditions for a certain period and looking for explanations outside the patterns that are already known to us. Across all sciences and contexts, it would appear that the defining characteristics of an experiment are the fact that it is new, and that it is temporary. Based on a current IRS research project on temporary use, Thomas Honeck and Jan Zwilling discuss what an experiment in the urban context can look like, and what significance the desire to innovate and time limits have. 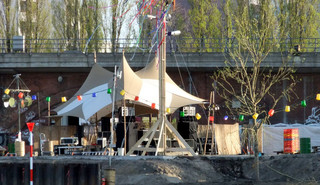 Temporary use and “urban experiments” – how do they fit together?

In a similar way to laboratories, the temporary uses of spaces are characterised by special circumstances in comparison to “everyday”, more permanent uses. These include, for example, time limitations, constructional characteristics of previous use, or limited facilities in terms of infrastructure. In order to deal with this, temporary users often find unusual, creative solutions. This is why they have come to the attention of architects and planners. In some cases, the experiments which have come about due to temporary use lead to results which can be applied in other contexts. In ideal cases, they make preparations for subsequent uses or even become permanent. As part of the German Research Foundation’s project, InnoPlan, we are investigating the whole procedure of temporary use as an innovation in spatial planning – because planners are still experimenting with temporary uses.

Has temporary use already existed as a planning element for some time in German cities, or is this a relatively
new phenomenon?

Temporary use of spaces is something, which has always been found in cities. Nevertheless, if we compare, for
example, the traditional allotment gardens found near railway lines with today’s urban community gardens, we
see that they are dealt with very differently. Our research from the InnoPlan project shows us that since the
2000s, temporary use has taken on a much more dynamic role in urban planning. Major contributing factors
in this regard have been experiments with temporary use as part of the International Building Exhibition Emscher
Park, the initial structural support in Leipzig as well as the fascinating, Berlin’s colourful temporary use landscape
of the 2000s. Interestingly, temporary use is also popular today in prosperous cities for promoting creative spaces. 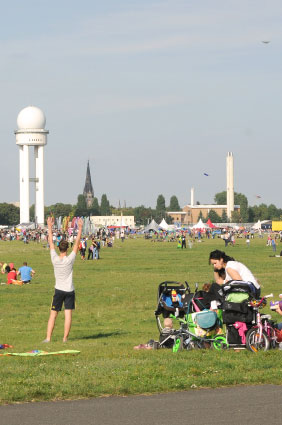 Temporary use seems to balance planning (top down) and free spaces (bottom up). Are there examples of uses of space, which have been meticulously planned and those completely unplanned?

The term “temporary use” itself implies a desire to be rational and plan ahead. The other side of this is that there is a lively scene of culture-loving temporary users who do not wish to be instrumentalised – and who certainly do not want to trigger gentrification effects.

This discrepancy has been part of planning with temporary use right from its beginnings. And it is what makes our research so exciting! As the procedure became institutionalised, planners increasingly made these temporary uses part of their established policy. Particularly in current projects such as the Tempelhofer Feld, which used to be home to an airport, temporary use is heavily curated – but this is also because it is public land which is at stake. High visitor numbers show that this normalised form of temporary use is also very popular in Berlin.

Temporary use of space is generally limited to a certain period. Of course, especially when it is integrated into
planning procedures, one hopes that it will lead to longer-term effects. What are the advantages and disadvantages of temporary use from the perspective of city as a whole?

Particularly in the past ten years, Germany has seen intense, practice-related debate on the potential of temporary
use. Some contributions see temporary use as a new form of public participation – creating strong identification with the place, which is evaluated as positive or negative depending of the perspective.

Other authors describe temporary use as one of the few planning options for creating creative spaces and new concepts of space in the city. These do not only represent unique cultural selling points, but given the preferences of creative people also have an economic significance. In my opinion, we cannot aff ord to neglect the fact that temporary use makes it possible to delay decisions on the development of plots of land. When public land is at stake, this goes hand in hand with privatisation.

I would like to speak about the actors once more. So, what is the typical profile of temporary users? Does the planning sector make sure it gets certain actors on board, in the network of city activities?

The broad view we have gained from the InnoPlan project shows that we need to differentiate here. When one thinks of temporary users, it is usually young, creative space-use pioneers who spring to mind – who want to turn their cultural and perhaps social project into a reality with plenty of idealism and not much money. Such temporary uses are particularly noticeable in the urban environment and enjoy attention from the media and specialist literature. Of course, personalities like these are also attractive in terms of planning. Some of these particularly successful spatial pioneers have managed to acquire considerable know-how about temporary use and put this to good use – as “professional pioneers”, so to speak.

In the past few years, however, we have witnessed the diversification of temporary space users: Groups of pensioners, for example, also use spaces temporarily. Similarly, studies show that temporary use can be important for youth work.

At the beginning, you said that temporary uses were a relatively new concept in terms of planning procedures. What prospects do you think temporary use will have in the future?

Within the framework of InnoPlan, we identifi ed five different phases in the innovation process of new spatial planning procedures. At present, temporary uses are, on the one hand, in a stabilisation phase – something, reflected by the fact that they are being used in many different contexts in Germany, and that planning in terms of temporary use had been broadly institutionalised.

On the other hand, we can observe the mounting criticism of temporary use by the various actors involved: If  temporary use projects are successful, the property’s value increases and the users often have to move elsewhere. For this reason, we have recently seen the link between temporary use and gentrification being made explicit more and more often.

I can certainly imagine that the referendum which took place in Berlin in 2013, in which a majority voted against construction on the former site of Tempelhof Airport, will have consequences: Following this outcome and the many conflicts about the ending of temporary uses, administrations, planners and land owners will think twice about whether they really want to stir up these issues again.

...So you think that temporary use has had its day?

No, I think that we will see a diversification of the planning procedures that we have been referring to as temporary use here. In different local contexts, “mutations” of the process will develop, which are dependent, among other things, on institutional circumstances, problems and experiences with the instrument. This criticism may also lead to the process being renewed – something we can refer to as process innovation.

An interesting example of this is the Holzmarkt project in Berlin, as part of which a foundation bought a brownfield site and has now leased it out to the former temporary users. A new mixture of short and long-term, public and
private uses is being developed there. The story of temporary use is therefore continuing to take a very exciting
course – but it is breaking up into many parallel sub-chapters.

Can we expect that urban experiments with temporary use will in future make contributions to the world of theory?

Yes, I think so. Spatial planning traditionally orients itself in the same direction as the controlling of growth. Now
it is also about shaping stagnation and shrinking processes. We understand temporary uses as an expression of
this conceptual change in planning. Of course, they can also serve to make us look at temporality in planning theory
from a different perspective. Now that the planning practice-related debate on temporary use in Germany has reached a certain degree of saturation, it is time to think about possible theories we can derive from the situation. 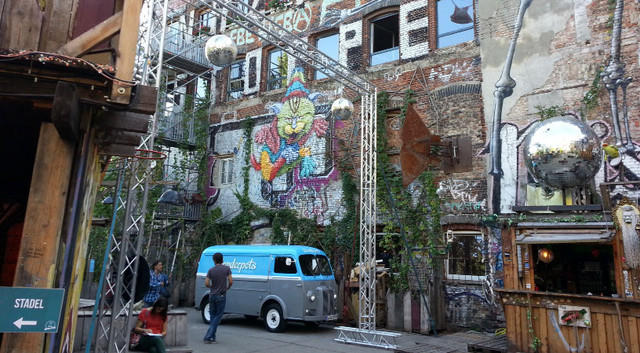 Innovations in Planning: How Does Novelty Emerge in the Field of Spatial Planning?
Dynamics of Communication, Knowledge and Spatial Development
Research on Innovation Processes
New Social Practices
Spatial Path Development and Institutional Change