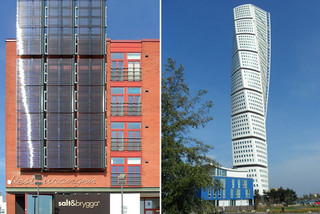 The Finnish city of Turku is considered a pioneer in urban climate policy. It wants to be climate-neutral by 2029. On behalf of the city and in cooperation with the Åbo Akademi University, the IRS is investigating in the project "Matching Forerunner Cities" (MaFoCi) what Turku can learn from similarly positioned cities in the North and Baltic Sea region in terms of climate protection, and what the cities can learn from each other. Now the final workshop of the project took place. The publication of results is expected in early 2021.

The half-day workshop was held via video conference on 13 November 2020. Kristine Kern and Wolfgang Haupt from the former research department "Institutional Change and Regional Public Goods" and the researchers from Finland and the Netherlands involved in the project organised and moderated the workshop. In addition to the MaFoCi project team, 20 experts from the municipal administrations of the cities of Turku, Groningen, Rostock, Hamburg and Zwickau took part in the workshop. The main focus of the workshop was the presentation and discussion of the project team's climate policy recommendations to the city of Turku. The event was also enriched by presentations by the city administration staff Jasper Tonen (Groningen) and Erik Höhne (Zwickau, Germany), who spoke on the topics of energy poverty and energy system transformation and participation of the population.

Groningen (Netherlands) is one of the comparative cities studied in the MaFoCi project, along with Rostock (Germany) and Malmö (Sweden). The three cities were selected because they have many structural similarities with Turku: They are of similar size, are considered pioneers in climate policy in their respective countries, are Hanseatic cities rich in tradition, have a strong research infrastructure as old university cities and have had to cope with similar structural change processes in the course of their history.

In the course of the research, the selection of the three MaFoCi comparison cities proved to be viable in many respects, but with regard to the integration of climate protection and climate adaptation, the team decided to draw on experiences from the ExTrass project, which compares German cities with regard to their climate strategies. In this respect, the city of Hamburg could serve as a model, where both topics were worked on in an integrated manner for many years in a climate control centre. In contrast, climate adaptation in Turku has so far been little institutionalised. It is therefore not surprising that the contributions to the discussion by a Hamburg expert met with a great response and led to many questions.

Additional external expertise was also sought in the workshop organisation when it came to the topic of participation of the population. Social participation in policy formulation is hardly anchored in Finland. With Groningen and Rostock, two cities with a high level of participation were available as comparative cases, but their experiences can hardly be transferred to the situation in Turku. Groningen in particular can look back on a decades-long tradition of active civic initiative, which, among other things, has contributed significantly to the transformation of Groningen into a bicycle city. Zwickau, however, which only became a city favoured by the climate-friendly economy with the start of electric vehicle production by VW, has a wealth of experience in carefully building participatory structures in urban climate policy. In this respect, the Saxon industrial city is closer to the Finnish city of Turku than the other Forerunner Cities.