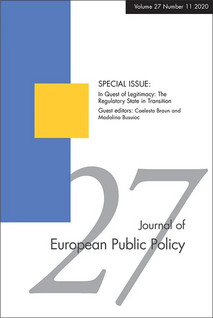 An article co-authored by IRS researcher Peter Eckersley, together with Charlotte Burns (Department of Politics, University of Sheffield) and Paul Tobin (School of Social Sciences, University of Manchester), has been awarded the 2020 “Best Paper Prize” by the Journal of European Public Policy. The paper, “EU Environmental Policy in Times of Crisis”, quantifies the level of ambition of European environmental legislation and tracks the decline of ambition following the global financial crisis of 2009.

The paper developed and applied a coding system to categorise the level of ambition in all pieces of EU environmental legislation that were passed between September 2004 and July 2014. It compares these policies in the periods before and after July 2009, when the full impact of the global financial crisis began to be felt, and when a new Commission and European Parliament took office.

The paper finds that the EU did pass fewer pieces of environmental legislation in the post-crisis period, and that these policies were also less ambitious than the 2004-2009 legislation, but there were only a small number of examples in which existing standards were weakened or rolled back. Drawing on 46 interviews with policy actors in the EU institutions and civil society, it sketches out potential explanations for this stalling of ambition, including a long-standing preference for business-friendly deregulation (arguments that gained greater influence due to the economic crisis), and increasing diversity among EU member states, which made it more difficult to achieve a consensus on ambitious policy. 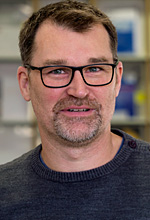