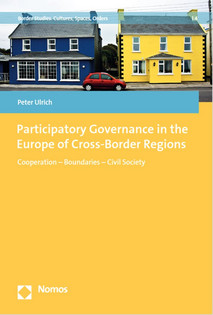 Europe has been cooperating across borders for a long time. Since its existence, the EU has initiated numerous cross-border cooperations. But are such formal cooperative relationships also brought to life by the local population? Political scientist Peter Ulrich examined this question in his doctoral project using four European example regions. His dissertation was recently published as a book.

Cooperation between regions across borders has a long European tradition. This has been supported by European institutions. Through the partnership principle, co-creation and subsidiarity, regional bottom-up cooperation networks have emerged to strengthen economic, social and territorial cohesion in border areas. At the same time, numerous crises in the EU - at the latest the Corona crisis - have increasingly led to border-drawing processes between states, regions and societies.

In the recently published book "Participatory Governance in the Europe of Cross-Border Regions: Cooperation - Boundaries - Civil Society", different border areas within the EU are analysed and compared with regard to civil society participation in cross-border spatial governance processes on the basis of a conceptualised analytical model. The study, published by Nomos-Verlag, is the edited version of IRS researcher Peter Ulrich's dissertation defended at the European University Viadrina in Frankfurt (Oder) in 2019.

Border areas within Europe are strongly intertwined. In Europe, there are over 150 cross-border euroregions and over 80 European Groupings of Territorial Cooperation (EGTCs). About 40% of the EU territory is border area, where 30% of the total EU population lives. Through the active promotion of the cohesion of inner-European border regions by the Council of Europe and the EU, a "Europe of border regions" has gradually emerged. Despite the immense interconnectedness of border-regional peripheries, however, various border-related barriers remain, which can result from political, legal, administrative, historical, socio-economic and social border-drawing processes and which can make cooperation and cohesion across borders more difficult.

Above all, the political-institutional linkages in cross-border spaces have developed strongly since the 1990s. Euroregional cooperation and institutions, however, still suffer from a lack of citizen participation and awareness as well as the involvement of civil society actors. This lack of connection is the starting point of the study. In it, the author argues that border regions and cross-border euroregional institutions are the places where European integration is lived on a daily basis at regional and local level and implemented in policy. They are the places where international cooperation between political elites and civil society is practised and where a democratisation of European governance can be strengthened - through a stronger involvement of citizens. Border regions therefore move from the periphery to the centre of interest.

In order to measure civil society participation in regions comparatively, Peter Ulrich develops a theory-based analytical model in his study. Based on political science research on the EU, integration, democracy and governance as well as on border areas and regions, the model analyses the causal relationships between the conditions, the course and the effects of "participatory governance" in cross-border areas. According to Ulrich's hypothesis, the more permeable the national border is in geopolitical and socio-cultural terms, the more likely civil society and civic participation is in cross-border regional and local spaces. As an effect of participatory governance in EU border regions, he expects an increased legitimisation and democratisation of EU policies at the regional level.

The study analyses and compares four cross-border Euroregional spaces on the German-Polish, German-French, Austrian-Italian and Spanish-Portuguese borders. Specifically, the author takes a look at the so-called EU instruments EGTC as an institutional framework. Participatory governance in these cross-border institutions is ensured primarily through processes and structures (through the development of action plans and involvement in working groups), and in one of the regions studied also in concrete aspects of content. Basically, a development of active citizen participation for the creation of cross-border citizen services in the area of services of general interest (e.g. health, education, infrastructures) can be observed, which has gained even more relevance with the Corona pandemic at the latest.

Outlook: Post-Corona and interdependence-sensitive spaces of action in pandemic management and services of general interest?

Since the book was written before the Corona pandemic, it only deals with border closures as a measure to contain the virus in an epilogue chapter. The book can therefore only be understood as a basis for thinking further about measures of cross-border services of general interest, pandemic management and the inclusion of civil society in times of crisis on a Euroregional level. What cross-border services of general interest in post-Corona Euroregions should look like is currently being investigated in an INTERREG project coordinated by Peter Ulrich at the European University Viadrina in cooperation with the Collegium Polonicum. 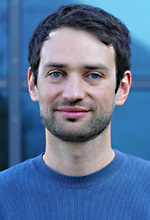